The technical production story of the recent pome fruit season concluded with a fairly happy ending given plot twists such as extreme weather events, “reliable” cultivars underperforming, and a global pandemic that almost single-handedly disrupted the fruit value chain. Despite the coronavirus cliffhanger finish, the fruit reached packhouses just in time.

Hortgro asked four regional technical experts to share their views on the past season.

Fruitways General Manager for Agri Services, Keith Bradley, gave his review of the 2019/20 pome season in the EGVV region.

“The weather patterns for the past production season in the EGVV region were relatively normal, except for some unusual conditions in October last year. 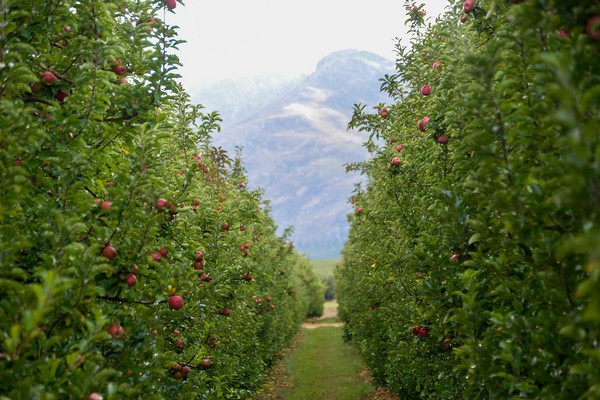 “In October we had a week of extremely high temperatures that was abnormal for that time of the year, which coincided with the ideal chemical thinning application window, resulting in many growers delaying or cancelling applications. The ‘hot week’ was then followed by a week of continuous rainfall which of course led to a high potential for apple scab (fusi) infection.”

According to Bradley the rest of the summer was fairly mild and predictable, until week 11 to 13 during late March of this year. “The cultivars we were harvesting in this period such as Fuji’s, Grannies, Braeburns, and even early Pink Lady’s incurred a higher than normal incidence of sunburn. We were puzzled about the sunburn, as the temperatures were not extremely high.”

In general, the fruit appearance has been scruffier than previous seasons, Bradley said. “We had more russeting on Packham pears and also on some of the apple varieties, which has resulted in lower Class.1 packouts than the average of the previous five years. Russeting, rub marks and sunburn have been the main issues, while internal quality has been good so far.

“Volume-wise it was a fairly normal season, although some of the older trees (specifically, Granny Smith and Golden Delicious) let us down with lower than average tonnages. That was very disappointing.”

According to Bradley, the coronavirus had some impact on the production process. “We certainly had to adapt quickly to regulations and protocols for workers. Specifically, the transport was a challenge – as we had to double up on transport for workers to accommodate social distancing. We had to train workers and implement new rules at rapid speed, fortunately, everybody pulled together and we managed to get the harvest into the packhouses on time.

“Despite some remaining challenges with the shipping of fruit to export destinations, I would say that our industry still has a positive outlook. We have so far been fortunate, compared to many other industries,” he said.