The Mexican lemon season started early for Pampa Store this year, and the volumes, quality and demand have been good so far. Pampa Store grows their lemons in the Tamaulipas region of Mexico, and this year they are expecting to export around 200 loads of lemons throughout the entirety of the season. They grow both organic and conventional lemons, but the main focus of the company is on the organic crop. 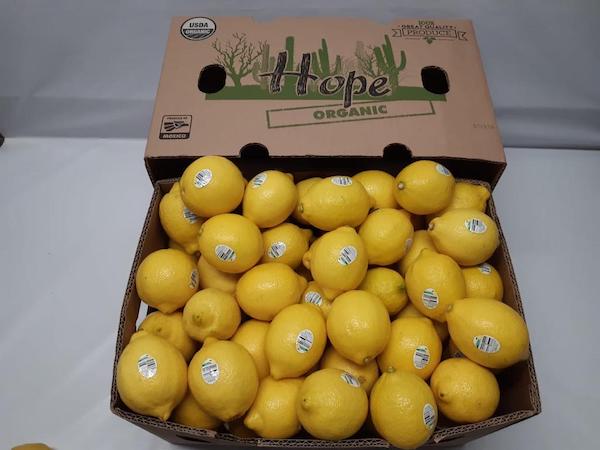 Lena Pushkaryova is the Commercial Manager for Pampa Store, and she explains: “In May we start with the off-bloom fruit, which is also called the ‘flor loca fruit.’ This is usually a short window, lasting about 3 weeks. Then the new crop is generally ready for harvest in July or early August. This year, because of the early start to the new crop season, we were able to provide a continuous supply of lemons starting from the flor loca fruit in May all the way through the start of the full season. This has been great because customers like to have a consistent, steady supply.”

Rains increase lemon sizes
The season so far has been progressing well, Pushkaryova shares. “There were some early concerns about a lack of rain, which could have had a negative effect on the crop, but this didn’t end up being an issue,” she says. “We’ve actually seen a good amount of rain from May through July, which has upsides and downsides. It’s good because it helps to increase the fruit size, but it also slows down the harvest and production process because we can’t go out to the fields on rainy days.”

The Mexican production peaks mostly on mid-size and smaller size lemons, while the US market presents good demand for the bigger 95-115 sized fruit. “While current availability of the large fruit is reduced, we expect to see the beneficial effect of the rains on the fruit size further on in the season, which should prove to be an asset in the market,” says Pushkaryova. 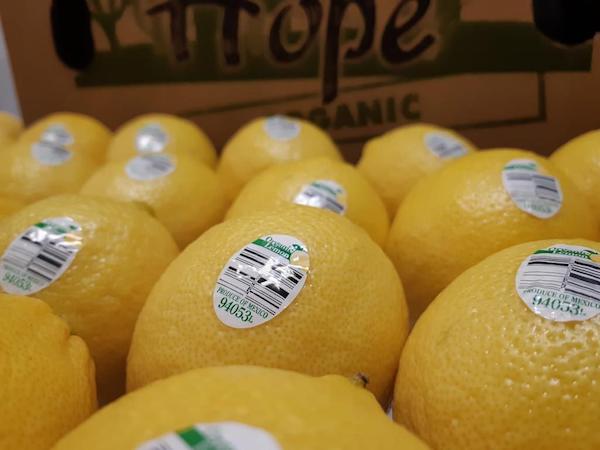 Strong market right now
Pampa Store’s main markets are in the US and Canada, and they are working on entering the European market. “We are doing trials to ensure the logistics will work well when we transport the lemons to Europe. We’ve had successful trials with air shipments, and are currently trialing the ocean freight, but we are confident that this will prove to be successful. Opening the European market will help ease the US market during the end of the year, when it can often get overloaded with imported fruit as the domestic seasons begins,” Pushkaryova explains.

So far this season, Pampa Store has been shipping to the US. During the last week of July, they initiated exports to the Canadian market. Pushkaryova says: “Canada normally switches to Mexico in August after they finish their imports from South Africa. This season, South African sourcing has finished earlier which explains the earlier switch to the Mexican lemons.” The US market is strong for lemons at the moment. “The supply from the US domestic production is quite low right now, so the market is firm. There is good demand, especially in combination with the lower available volumes. The Mexican lemons are very welcome on the market at this time,” Pushkaryova says.

Good outlook for 2020 season
For Pampa Store, all their lemon programs have continued as usual, despite the overall industry disruptions due to the pandemic. “There were a few challenges with finding laborers, but overall we’ve been spared from any major issues. In fact, as a positive side effect of the pandemic we've noticed an increase in the consumer demand for citrus in general and lemons in particular as a good source of Vitamin C which is known to strengthen the immune system,” says Pushkaryova. The company did make an adjustment to their packaging in response to COVID-19: “We are working on offering 2-lb bags this season and doing the bagging in Mexico which will be more cost-efficient for our customers.”

“We are very enthusiastic about this new season and are proud of the quality of the fruit we offer to the market. We are working on advancing our social responsibility certification and we trust to achieve this goal by the end of the season. Overall, we have very good expectations for this 2020 lemon season,” Pushkaryova concludes.