Last weekend, a coronavirus case was detected in the packaging center of the Murcian company Frutas Esther, which is now in the middle of the table grape campaign. We are talking about an asymptomatic 20-year-old woman. She and the staff in her work area were immediately isolated.

"We have implemented a strict protocol for the prevention of contagion that has been in place since March. This has allowed us to detect the case and continue our production activity uninterrupted," says Jesús Gómez Yelo, manager of Frutas Esther. “At the meeting of the COVID-19 Commission of the Region of Murcia it has become clear how exemplary and diligent we have been in this process. We implemented the safety and prevention protocol against COVID-19 before the start of this campaign. Thanks to this, our workers feel safe and at ease in their workplace." 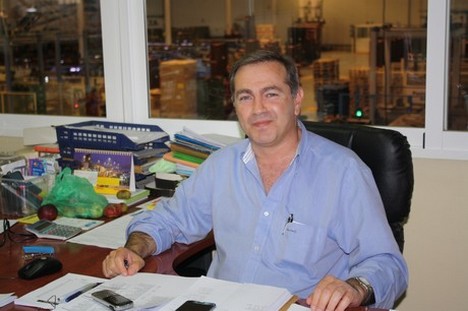 The Murcian table grape campaign is marked by the lower production compared to last year, due to both the abundant rainfall recorded for 21 days in April (something never before seen in Murcia) and the unusually hot temperatures of February, which prevented the plants from getting the necessary amount of cold hours. At the commercial level, the supply and demand are fairly in balance, according to Jesús Gómez, “There is less fruit available in Spain, and Egypt, which was a strong competitor in the first weeks of the campaign, has already finished.

In April and May, before the campaign started, there was much uncertainty as the street markets and central markets closed. "These channels are still of considerable importance in the countries of the Mediterranean arc," says Jesús Gómez. “Now we have doubts again, as although these sales channels have been reopening little by little, there are many new outbreaks in different areas, both in Spain and in other countries, so we fear the possibility of a new lockdown.”

Given the circumstances, exports are more Europe-oriented this year. “Last year, the Chinese and Vietnamese markets opened to Spanish table grapes, but this year, due to the pandemic crisis, there are significant delays in the ports, both in Asia and in South Africa, a market that we already consider consolidated. With such perishable products, we cannot afford delays in the arrival of the fruit on the shelves. We will have to do our best to adapt to this new normal.”