California sees back to back record almond crops

Supplies of California almonds are up, though it’s anticipated that demand will increase in the coming weeks.

At the same time, demand right now for almonds is good, albeit uneven. “It’s been more sporadic than in the past because of the economic situation. But we’re seeing an increase in demand the we don’t usually see during this time of the year,” says Rocha. “July is historically one of the slower months for marketing almonds and it’s picked up.”

California’s market share
While Rocha notes that California supplies account for approximately 80 percent of the world’s almonds, Australia also supplies almonds and is currently marketing its crop. Spain also produces almonds and their timing is similar to California’s harvest timing. 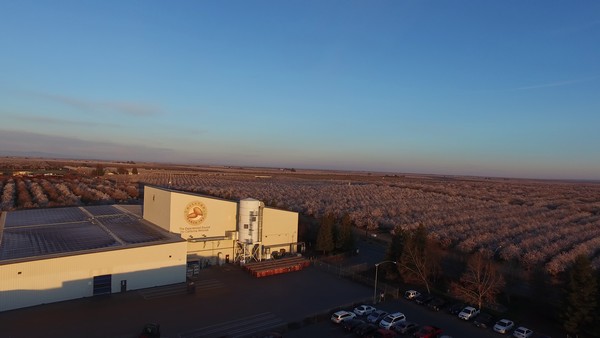 The push in demand is welcome following some of the COVID-19-related demand drop the industry saw earlier this year. “We’ve lost the foodservice industry. That was a big hit over the past six months,” says Rocha. “From cruise ships to hotels, the hospitality industry consumption is substantial.”

That increase in demand could also be tied to the current attractive pricing on California almonds. “Prices are about 20-30 percent lower than they were last year. Even though it’s challenging times and we have this record crop and another record crop coming, we anticipate being able moving the crop,” says Rocha.

Recapturing markets
In fact, Rocha says that the lower prices are attracting more customers from China, despite the high tariffs attached to moving almonds. “That’s a positive sign in exports that we’re trying to recapture some of that market back with the crop we have coming up,” he says.

That incoming record crop should begin harvest within two to three weeks. “This year’s harvest is more traditional harvest timing—it’s a bit later than last year,” says Rocha who notes that the Northern part of the state is harvesting a bit earlier than the Southern part of the state, which is historically opposite of how the two regions harvest.

“And looking ahead, we’re trying to find the correct price to start the new crop off. As we move into harvest in the next few weeks, prices need to get a little more stable,” says Rocha. “There’s some spread between sellers and buyers. So, we’ll have prices settle out and we’re expecting demand to come in heavy in the next two to four weeks.”