Ecuador is one of the countries known for their production of exotic fruits and vegetables. In the Palora region of the country, pitahaya is one of the most important products. Siris Barrios of Amazon-Fruit Frexot Productora y Comercializadora S.A explains: “The National Intellectual Rights Service of Ecuador has granted a certificate of denomination of origin to the Amazonian pitahaya of Palora: the fruit is native to this area." 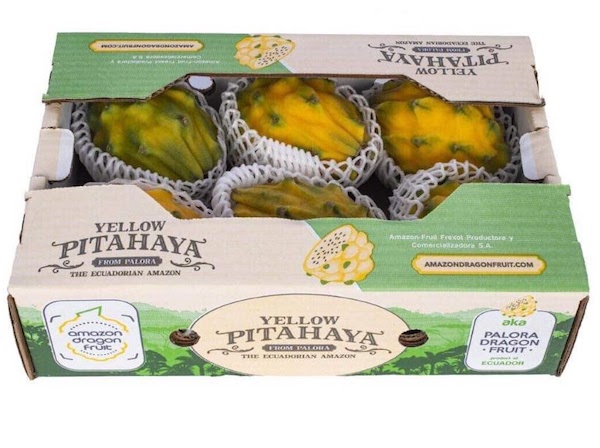 Pitahaya from Palora
The pitahaya grown in Palora has a high brix and a long shelf-life, and Barrios shares that the quality of the fruit is high because of the location in which it is grown. “The pitahaya is native to this region and while it is now grown in many different places, the results aren’t the same as they are here. The amazon climate can’t be replicated anywhere else, and the unique soil is also an important factor.”

The pitahayas are transported by air freight, which means there have been many challenges this year so far, due to the reduced air traffic and increased rates due to the pandemic. Amazon-Fruit Frexot Productora y Comercializadora S.A usually exports their own product, but this season they have decided to sell their product to local exporters instead because of the challenges caused by the pandemic. “We just felt that there was too much risk involved with exporting it ourselves this year. Fortunately, we’ve been able to sell more than 90% of our fruit to local exporters. We do prefer exporting the fruit ourselves because a direct connection with the customers is much more stable, but we’re glad we had the opportunity to sell our products this season despite the issues of the pandemic,” Barrios explains. 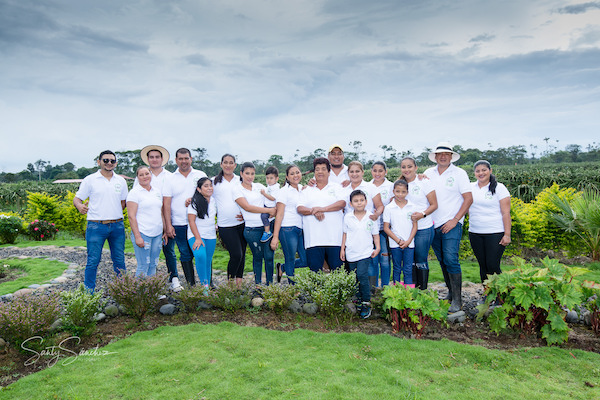 Unstable pricing
Amazon-Fruit Frexot Productora y Comercializadora S.A is a family farm that is locally known as Finca Los Leones, and eight siblings grow the pitahaya across a total of 24 hectares, with another 6 hectares currently under development, which will come into production soon. The company produces around 360,000 kilograms of dragon fruit each year, currently all destined for the United States. “Right now, our focus is North America, but we’d definitely like to expand into the European market as well,” Barrios says.

“We are really looking forward to a more stable market,” Barrios adds. “The supplies on the market fluctuate, and this means that the pricing fluctuates a lot too: anywhere from one to six dollars, which is a big fluctuation. The growers want to establish a middle-ground standard pricing, and hopefully this will be achieved in the future. As long as buyers won’t buy anything unless it’s on consignment, the issue will persist,” she says. 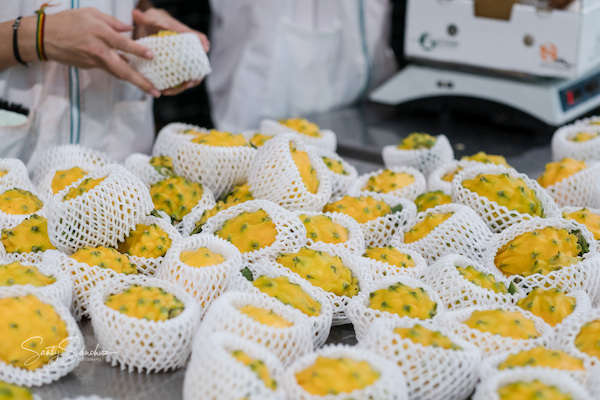 Focus on shared prosperity
There has been a big push in the region to boost the pitahaya industry, Barrios shares. “The Palora Municipality has helped over 300 growers in the area become certified on the Food Safety Modernization Act (FSMA) and conducted capacity building around Good Agricultural Practices (GAP). We are going to receive both the Global Gap and GLOBALG.A.P Risk Assessment on Social Practice (GRASP) certification in the next few weeks. For us, it’s important to push fair trade and to make sure that the producers and workers are protected. There’s a lot of money that comes from the industry, but you don’t see it back in the community. That’s what we want to do: put the money back into the community.”

She continues: “We pay the workers by the hour, and they get overtime and half-time on the weekends which is quite unusual for the industry. Some of our workers have even been able to start growing their own products on land granted to them by the farm.  We are providing the farm workers children scholarships for private and public education. That is why we want to export our product ourselves: when there’s less middlemen, there’s more money to return to the workers and the producers and the local impact will be greater.” 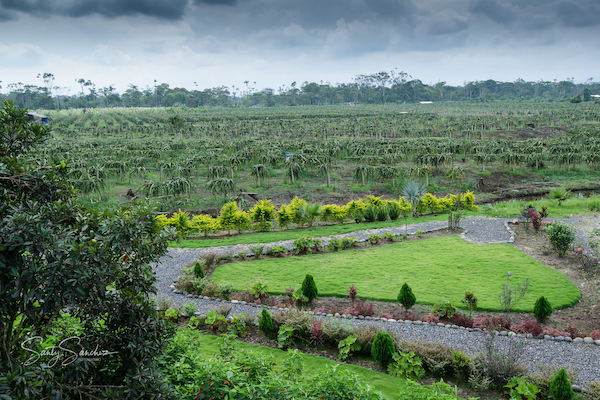