"We have had the best eating melons in our history"

A focus on improving quality pays off for Queensland melon grower

A continued focus on improving growing techniques and agronomy have led to the best quality ever experienced for a North Queensland winter-season melon grower in 2020.

Daintree Fresh produces melons from July to December, although Farm Manager Shaun Jackson admits while there is currently a small gap in supply, more produce should be coming online soon.

"So far so good," Mr Jackson said. "We have had the best eating melons in our history. The sugars have been exceptional, shelf life is great, we just don't have enough." 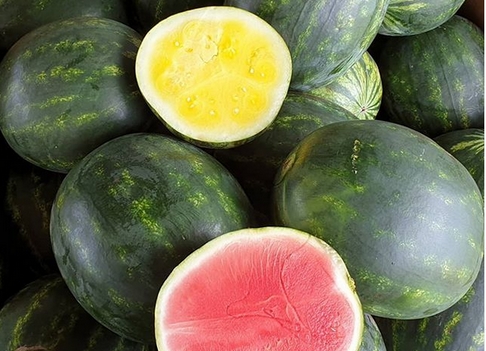 Mr Jackson has travelled the world as an agronomist for a seed company doing product development and was able to bring some new varieties back to Australia, along with valuable knowledge that has vastly improved his fruit.

"I saw some of the best farmers in the world and some of the best plant breeders in the world, and bred with them for nearly 30 years," he said. "We gathered detailed information on what worked and what didn't - and over time, we are advantaged in not just understanding what the science is, but how that applies in circumstance, timing, conditions and soil types etc. It is complex to get beyond the first 60-70 per cent, to 90 per cent. I am not saying we are there, but we are ahead of the game because unfortunately, in the industry, we have to rely on agronomists whose prime job is to sell products rather than make the best crop." 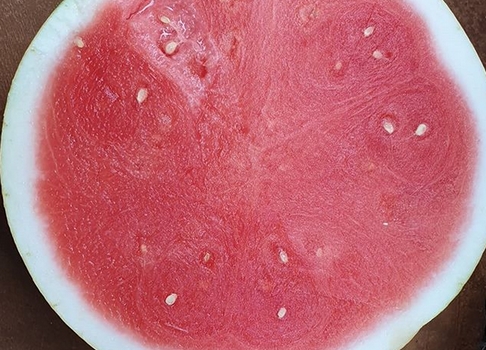 The farm is based in Far North Queensland, at Lakeland, which has elevation and is away from the coast. The crop gets milder winters and summers, with very little rain during the harvest season - meaning staff are in full control of irrigation and watering.

But Daintree Fresh is experiencing less volume this season, which Mr Jackson puts down to the bees not pollinating effectively.

"We've got beautiful soil, if you take the time to fiddle with it and manage it properly, you come up with some very good results," he said. "The struggle that we have had with melons is that we had two good wet seasons in a row, and the Eucalypts flower every two years, so we have absolutely struggled to keep our bees in our melons - they want to go and get into the Eucalypts. It wouldn't matter how many hives we had, because we think we are down 50-60 per cent - the bees are so crucial to melons. That has been our single biggest issue this year, with quantity."

He added that the company is always looking at variety trials, but the marketplace ultimately determines what is grown at the farm.

"We have some striped varieties that perform really well that we can't grow, because the marketplace, wrongly, sees them as what's not correct," Mr Jackson said. "We get better colour, better flavour and just as good of a shelf life as other striped varieties, but the agents insist on what they have seen from seedless melons, which are plain green. So, we are growing a fair bit of Javelin, and that has performed really well. We also grow a variety called Ruby, which is a striped one, and that has been doing well, until this year." 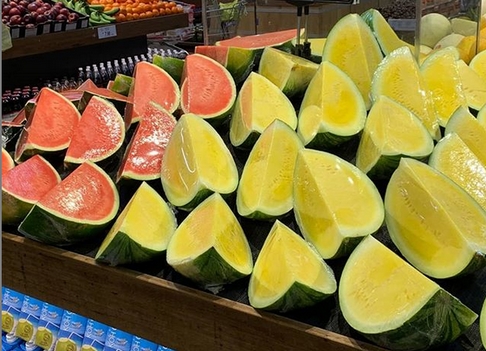 Another variety that Mr Jackson has been working on is the yellow-fleshed Champagne Melon. He admits he would like to be trialling more varieties of the yellow fruit, but it is becoming hard as seed companies reduce.

"We only have the one (yellow-fleshed) variety to work with," Mr Jackson said. "It is quite a good variety and tastes great. But it is a little too big at times, so we are trying to keep the size down. It is an extremely vigorous plant and we are playing with methods to keep it in control."

Daintree Fresh supplies markets in Brisbane, Sydney and Melbourne, as well as the foodservice industry; particularly cut fruit for airlines and high-end restaurants and casinos. Some fruit is exported to the United Arab Emirates, and Mr Jackson says New Zealand was growing successfully until that supply channel was halted.

"Bureaucrats began beating themselves up over tests and things like that, so we lost that export opportunity," he said. "That's a real shame because we were working with some great operators in retail in New Zealand, and we specifically had grown for them and increased their sales dramatically. As far as shelf life, it was good for a range of reasons, and it increased their profitability, as they were throwing less fruit away. They did better in the past two years with us than they did in the past five - now it has been cut-off."