"Overall production volume declined by around 70%"

"Several pear production areas in Hebei suffered from the frequent spells of extreme weather that occurred throughout China. The hailstorms in April and frequent rainfall in May both had a particularly severe impact on the overall production volume of pears in Hebei. Official data has not yet been released, but our estimate is that the overall production volume declined by around 70%." This is according to Mr. Wang, a pear retailer from Shijiazhuang in Hebei.

"There is a wide assortment of pear varieties, but the Imperial Crown pear is the most popular variety, both in the domestic market and the export market. The sales season of Imperial Crown pears is already officially opened in Shijiazhuang, Hebei. The price is soaring. The purchase price in production areas increased by 25%-35% in only one week. The price is likely to rise even further as the season proceeds." 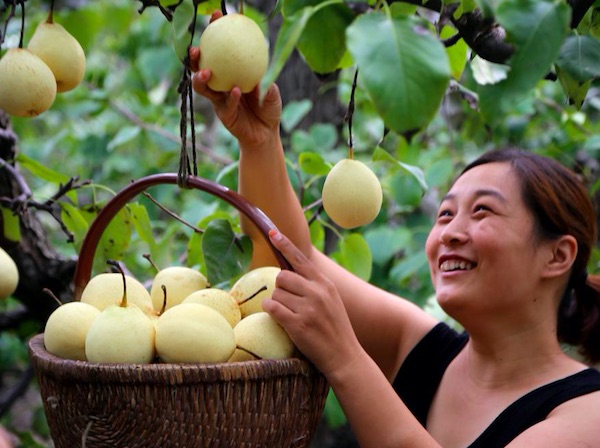 "The rising price of pears is not just due to the limited production volume. The small amount of top-quality pears also plays a role. Many pears have suffered prolonged exposure to poor weather conditions such as hailstorms. Their product quality naturally suffered from these circumstances. The ratio of commercially viable fruit is lower than in previous years."

"In addition, many people in the industry predict that the price of pears will continue to rise. That is why traders are stockpiling pears. They hope to sell their pears at higher prices later in the season. This in turn pushes the price even higher."