“Overall, Eastern Canada has been dryer than normal at this time of year.”

So says Dwayne Coffin of Vanco Farms in Mount Albion, PEI, who is carefully watching how the 2020 crop of Prince Edward Island potatoes is developing. 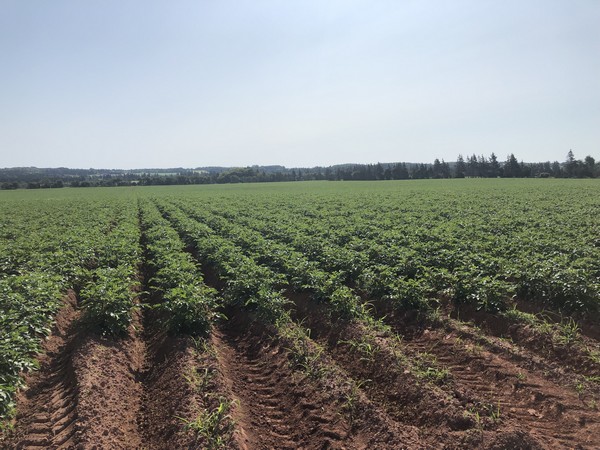 The plantings got off to a solid start. “If anything, they were probably planted ahead of schedule upwards of a week, maybe even two weeks,” says Coffin. “We had to get rid of snow this spring like we do every other year. But it seemed that we had less snow and the ground dried up quicker. Typically, we get a lot of wind to begin with so things dried up fairly quickly.”

Additionally, there weren’t many rain delays when planting—growers often experience rain delays of two to four days in a row when planting. And while Vanco’s acres are largely pre-contracted, Coffin says that overall plantings are slightly down. “But we also pack a lot of raw product from other PEI growers. So overall we’re not seeing a lot of change on the potential availability of raw product that we will have to run through our plant this coming season,” he says.

Challenging conditions
However, Coffin describes the growing season as a Catch-22. “Most growers were pleased to get their crop in on a timely manner. But it’s been extremely dry for our region,” he says. June for instance, saw regular daytime temperatures hit 25 degrees Celsius (77 degrees Fahrenheit) and 30 degrees Celsius (86 degrees Fahrenheit) with humidity—the kind of temperatures the region generally sees in the middle of July to the middle of August. “That concerns us. It’s been very dry. I don’t think it was at the critical point until this week,” he says. 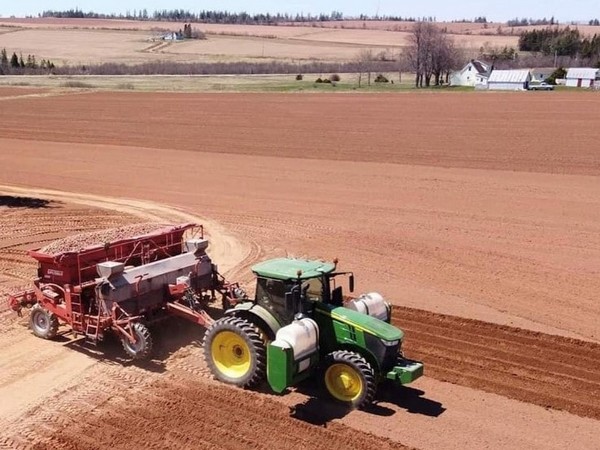 While the island did receive some rainfall late last week—between five and 15 millilitres—Coffin says it helped but more will be needed. As for adding irrigation, that can be a challenge on the island.

Irrigation stipulations
“With our government regulations, you need a deep water well to perform irrigation properly. And if you didn’t have a well in place or grandfathered in, legally you can’t do it,” says Coffin. “For a lot of farms, irrigation isn’t even an option. We do have access to irrigation, and we’ve been irrigating earlier than ever.” 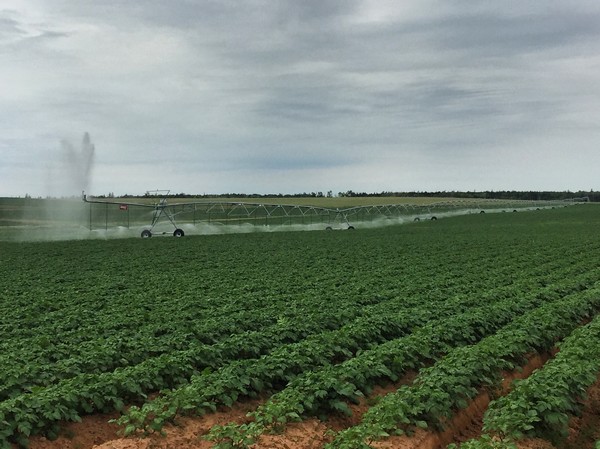 This means that as of right now, a harvest date for the crop is still in the air. “If this continues, the yield potential will be sacrificed so the growers will want to allow those potato fields to stay alive and green as long as they can to get the tonnage and size. Especially on the processing end of it—they need the tonnage and size. On the fresh market, especially organic, it depends on what you’re comfortable with,” says Coffin.