The consumption of raspberries, blackberries, and blueberries has increased worldwide in recent years because these fruits are considered an important source of antioxidant compounds. Unfortunately, consumption of berries is associated with a risk of foodborne parasites, such as Cyclospora cayetanensis. 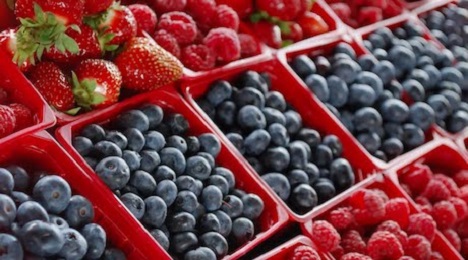 Conventionally, detection of C. cayetanensis in clinical and environmental samples is based on identification of oocysts by microscopy, following modified acid fast staining or by UV-light autofluorescence under ultraviolet, this technique is time-consuming, non-specific, and lacks sensitivity. To overcome these issues, food producing industry requires a molecular method able to detect a low oocyst concentration (40–1500 oocyst per gram) as found in food and environmental samples.

"It is important to have a tool available to perform molecular traceability and identification of contamination sources. We have developed and validated a highly sensitive and specific PCR assay for the rapid and accurate detection of C. cayetanensis, as well as its molecular traceability in fresh berries and farm soils" explain the scientists at Universidad Autónoma de Querétaro (Mexico).

A nested PCR assay was validated and the limit of detection was validated using 48 berry samples spiked with ~0, 10, 100, and 1000 oocyst per gram of sample. With this assay, it was possible to detect as few as 1 oocyst per gram of berry, in a 50 g sample. Sanger DNA sequencing and phylogenetic analysis confirmed the presence of human pathogen in berry and soil samples. Furthermore, the phylogenetic analysis revealed that the C. cayetanensis sequences obtained from Mexico clustered within a group recovered from China, Peru, Guatemala-Haiti, and Japan.

"The PCR protocol designed in the present study could be an important tool for the rapid and accurate detection of this human pathogen in environmental and food samples", conclude the scientists.