"Despite logistical challenges, we are satisfied with the Egyptian grape season"

The Egyptian grape season is coming to an end. Although there were some quality problems, the season went well overall. "The quality of the fruit was good and despite slight logistical challenges at the beginning of the season, we are very satisfied," Hamburg-based import company ABC Fresh claims.

"At the beginning of the season, the logistics were a challenge, as producers and export companies had to struggle with the restrictions imposed by the coronavirus and Eid ul-Fitr was also taking place at that time. However, the suppliers made an extreme effort and so there was only a small delay, of about a week, between the last red grapes from Chile and the first arrivals from Egypt," said a company spokesman. For white grapes, the transition from the Indian to the Egyptian season went smoothly. 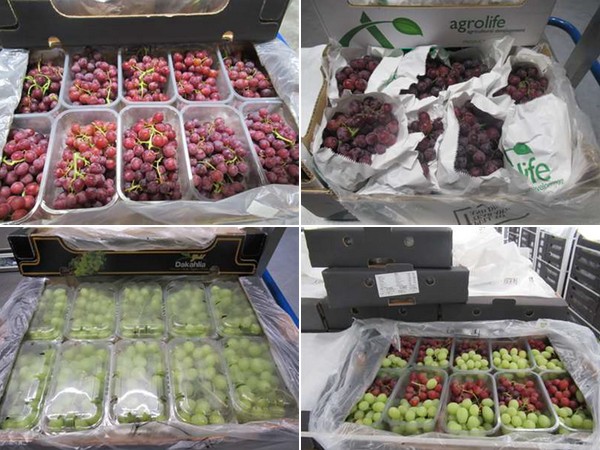 The Egyptian season has now also reached its end: "At the beginning of next week we are expecting our last delivery of grapes from Egypt. These will be marketed in week 28, and any remaining volumes in week 29."

Goods from Spain and Italy are already getting ready: "For white grapes, the yield is sufficient and exporters are now just waiting for the change-over." The situation is different with regard to red grapes: "We hope to deliver the final volumes without any problems, thus closing the gap to the European connection." In a few weeks, grapes from Turkey and Greece will also come onto the German market.

Goods from the EU generally enjoy a more positive reputation on the market: "Egyptian grapes have an excellent taste, but they are smaller than the Italian or Spanish fruit. They are also cheaper at the start of the European season, as there are no sufficient volumes from Spain and Italy at that time. However, this will all even out in a few weeks."

"As the ABC Fresh team, we would also like to thank our overseas grape suppliers for the successful cooperation in this difficult and very demanding season"