At this time of year, in the south-eastern European Balkan region, wild mushrooms and berries are traditionally harvested. For the export industry, therefore, high levels of activity are now called for. Slap LLC, based in Dornbirn, Austria, now also sells large weekly quantities of chanterelles, porcini mushrooms and berries. The company has been involved in marketing Balkan products on the German-speaking market since 2015 and has quickly made a name for itself, both on the fresh market and in the processing industry. 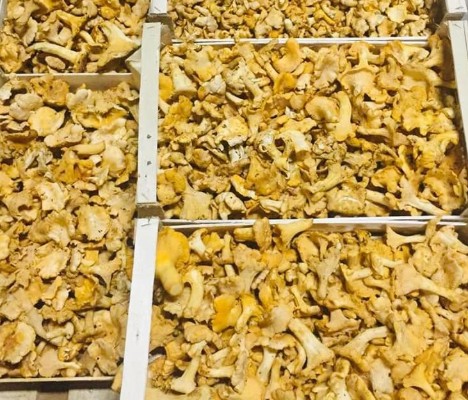 The Slap management has been involved in the forest mushroom campaign for just under a month. The season started with batches from Serbia, since two weeks there are also Bosnian chanterelles and porcini mushrooms on offer. "Unfortunately, the campaign has not been going so well so far. Firstly, the weather did not play ball, and secondly the Corona crisis has virtually paralysed the catering industry. Even after the reopening, guests are staying away in many places. Sales in this very important market segment for us are therefore unfortunately not so exhilarating," explains Muhamed Tabakovic, Managing Director of the company. 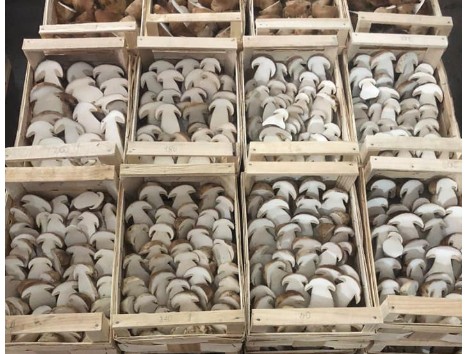 Slap serves gastronomers, retail and the processing industry in the German-speaking countries. Since entering the fruit and vegetable sector in 2015, the management has seen a slight annual increase in turnover.

Modern service centre in Bosnia
The group of companies originally comes from the fishing industry, but for the past five years has also been involved in the export of fresh and frozen fruit and vegetable products. In the immediate vicinity of the Bosnian capital Sarajevo and the Bosnian-Serbian border, the fruit group has an extensive service centre with appropriate cooling capacities, vehicle fleet and machinery. Says Tabakovic: "At this central location, the goods are sorted, processed, packaged and prepared for export. From there, the goods are distributed to the respective markets in Germany, Austria or Switzerland."

Slap LLC is certified organic as well. The frozen products from the Balkan region are delivered all year round, mainly in 10kg bags, to manufacturers and large bakeries in the German-speaking countries.

Fresh and frozen soft fruit
Apart from wild mushrooms, soft fruits are the mainstay of current exports from the Balkan region. Fresh strawberries have been available for a few weeks now, and the raspberry harvest has just begun in manageable quantities, they confirm: "From July onwards, we will be harvesting the first batches of our industrial Polka raspberry, which is mainly delivered to processing plants as frozen goods. The other varieties will also be frozen immediately after the fresh season and sent for export as frozen goods. Although we also export fresh berries, frozen fruit is still our most important pillar."

According to Tabakovic, the market situation for soft fruits is generally rather tight. "Not as much was planted there, so there will be relatively less produce than usual. This means that we have to expect considerable price increases. On the other hand, it is difficult to give a general forecast at the beginning of the season, because we are also heavily dependent on the quantities to be marketed in Poland and the Ukraine."