Despite an increased demand for citrus, particularly oranges during the COVID-19 pandemic, Argentina's sweet citrus exports will remain significantly lower than in previous years. This is due to the difficult economic conditions domestically, as a result of which Argentina is less able to compete on the export markets with other exporters in the southern hemisphere, mainly South Africa.

In 2019, FOB prices for Argentinian lemons were lower than in 2018 due to the increased supply in the Northern Hemisphere. FOB prices for oranges have increased slightly, while prices for mandarins have fallen from the previous marketing year. Overall, FOB prices remained relatively low and were not sufficient to cover costs, resulting in greater financial difficulties for the local fruit sector and harming the competitiveness of Argentinian citrus on the export markets. 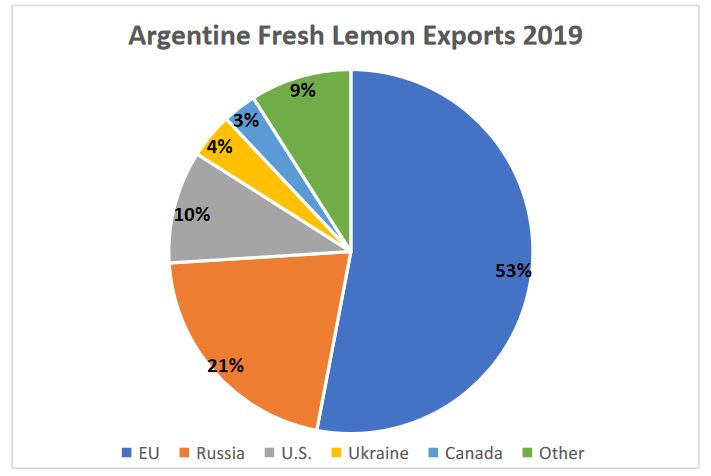 Exports of mandarins to traditional markets, such as the EU, have declined in recent years and almost disappeared in 2018 due to the lack of competitiveness of local exporters and strong competition from South Africa.