Railway is to drastically reduce operating costs and spur growth

Companies in the town of Thika and the larger Mount Kenya region are relieved following the expected return of cargo trains that halted operations some 10 years ago. This follows the ongoing rehabilitation of the 178 km Thika-Nanyuki railway by the Kenya Railways Corporation (KRC).

The rehabilitation is 80 per cent complete, KRC manager in charge of operations  James Siele said.

Already, six trains that will ply the route have been procured. Two will be commuter trains while four will haul cargo.

The corporation has also embarked on the revival of all stations in Murang’a, Kirinyaga, Nyeri and Laikipia counties to spur economic development in Central region. Firms that transport their products in bulk have received a major boost as the railway is set to drastically reduce operating costs and spur growth. 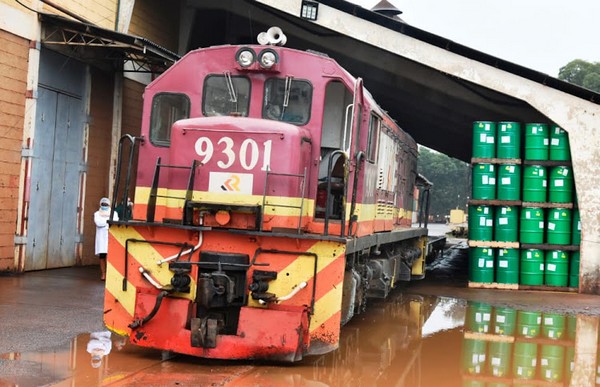 More than 15 firms that deal in agricultural, marketing, fuel and vegetable oil manufacturing in the region have expressed interest in using the railway to transport their products.

Fruit processor Del Monte Kenya Ltd is already hauling its goods via the railway. Firm production director Wayne Cook told the-star.co.ke on Friday that the company has been transporting 2,400 tonnes to Mombasa port via the railway every week.

“Railway transport has proved to be economical because we can transport large volumes of cargo over great distances and at a considerable cost,” he said, adding that the railway has saved the company time in hauling cargo and reduced the risk of products being tampered with while on transit.

“We are elated on the return of cargo trains because we have been suffering while transporting our goods through the Thika-Nairobi-Mombasa road. Road transport is good but there are qualms over traffic and cargo being tampered with. These trains are saving us time and cost of transport, thereby assuring an increase in profits,” Cook said.

He, however, called for continuous improvement of rail infrastructure and processing of goods from customs.