abbGrowers Serbia has harvested its first blueberries in that country. Brothers, Marko and Luka Maksimović, have 30 farmers under their wing. They represent abbGrowers Serbia.

"abbGrowers think it's vital to get a fair price for the grower. These farmers chose abbGrowers in 2017. Since then, they've been able to use abbGrowers in the Netherlands' cultivation and market expertise well. Quality is also of paramount importance to the Maksimović brothers", says a company spokesperson. 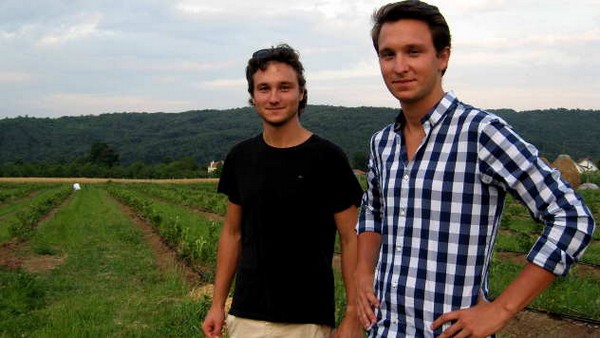 abbGrowers partnership
"Our blueberry company is called Maksimovic Brothers Doo. It's Serbia's blueberry production's loading point. We founded a Blueberry Growers Association here in Serbia. It now has more than 30 members and is still growing," say the brothers, Marko and Luka Maksimović.

Fred Douven explains his motivation for establishing abbGrowers Serbia. "I was looking for a particular cultivation area. There,  blueberries could be harvested in the time when Southern European crops are declining, and the Northern European season isn't yet at full strength."

"We're less dependent on a third party. The growers want a fair price for their product too. So, we decided to set up a branch in Serbia. We can also directly monitor everything ourselves - the harvesting process, and the expected volume and quality. Serbia is also a great springboard to roll out blueberry consumption throughout the Baltic region," says Fred. 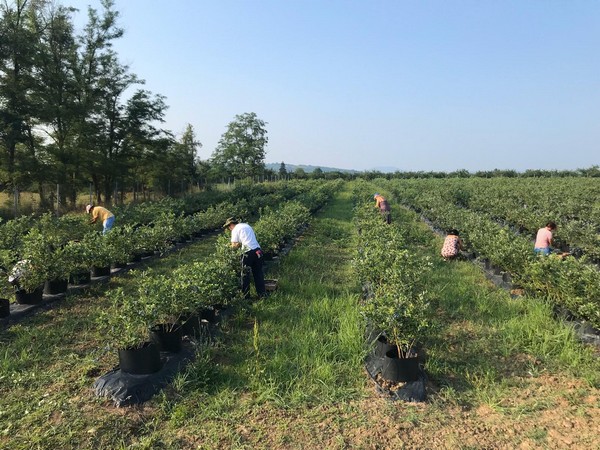 "We want to get the best out of each other. Fred's many visits and his meeting with our growers' association members and us had reinforced that," Marko points out.

Increasing acreage
"We began with 1.2 hectares in 2016. Of this, 80% was the Duke blueberry variety and 20% the Huron. A year later, we planted two hectares of Duke en Draper. The latest planting was in 2018 - three more hectares of Duke. We aim to have ten hectares of about 50,000 plants."

"Each additional expansion is limited by labor shortages. The plots' composition and distribution make them tougher to manage. We want to plant another hectare in early 2021. We use the latest irrigation systems. That's made pH and EC control considerably easier," explains Marko.

How the current cultivation season is developing
"This year's cultivation has had its ups and downs," adds Luka. "There was some frost near the rivers and high-lying plots. Then there was unexpected now at the end of March. And large temperature changes in a short time. But, generally, looking ahead, we expect this to become a great season again."

"Harvesting started in week 24 this year. We can supply Duke blueberries until week 28. The Aurora follows until week 34, but in much smaller volumes. We're eagerly anticipating the season's second half with the later varieties. This is the first year of serious production for those."

"Quality will exceed expectations. All our growers work in the same way all the time. We, at abbGrowers Serbia, are also doing our best to supply the fruit fresh from the farm. This arrives at abbGrowers 72 hours after harvesting. That was the case in previous years, too," concluded the brothers.