The season of the William pear from South Africa ended a month ago, but it is still possible to find the Argentinian origin at Total Produce Indigo. “We market this origin from March until mid-July. The idea is to end the campaign right before the start of the French season for Guyot and William pears. So we are making the transition with the French origin and we are currently the only ones to offer volumes of quality William pears on the French market,” explains Alexandra Brossard, sales manager of the company.

Besides the William pear, Total Produce Indigo also offers Abate pears, mostly intended for export. “The origins for this pear, whose main market is Germany, are multiple. At the moment, we have Chile and Argentina, while South Africa is coming to an end. Contrary to the William, since the new season from Italy usually arrives at the end of August/beginning of September, we are selling almost all summer. This is interesting to know since we are very few operators to offer pears throughout the whole summer season.” 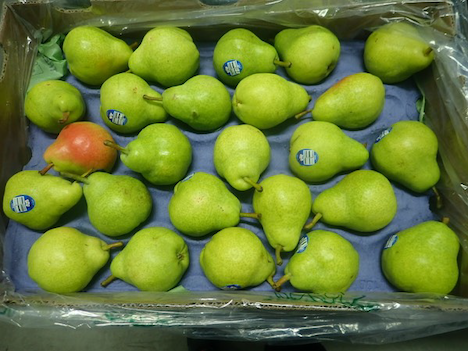 “We’ve had a satisfactory outflow for pears during lockdown”
Pears are among the fruit that sold well during lockdown. They benefited from a consumption transfer, although the mode of distribution had to change. “Since we have a varied clientele, our sales to out-of-home catering and wholesalers dropped drastically. But the volumes are somewhat redirected to supermarkets. Obviously, losing our wholesaler clients has been complicated, because the William pear is a relatively fragile product and we were not able to sell the merchandise with some quality issues. But in the end, we’ve had a satisfactory outflow for pears. We now hope to have a good last month of the campaign because we still have a lot of volumes.”

In terms of supply, Alexandra claims not to have been impacted by logistics problems. “The first ships of pears from Argentina arrived on March 2nd and many were already on their way before the crisis broke out in France. Besides, the merchandise arrives in the Netherlands, which was an asset since the country adopted a looser lockdown. In the end, the upstream logistics have not been impacted.” 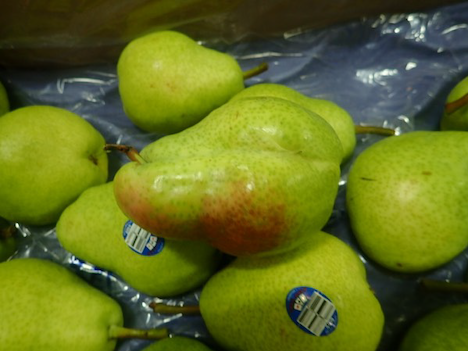 “June is a very important month for us in terms of pear sales”
In June, the overall pear consumption always drops in favor of stone fruits. “Especially once the apricots arrive. However, given the lack of products on the market this year, we are not too impacted. The years with large quantities of apricots at 1 euro [1.12 USD] on the market, it is very complicated for the pear,” explains Alexandra.

Despite the general decrease in pear consumption this time of year, June remains the most interesting month for the company in terms of sales of this product. Being present on the late origins is indeed part of the strategy of Total Produce Indigo. “We are the leader on the import market, so some competitors will disappear from the offer. Therefore, despite the global decrease, our market share in June for the pear is stronger. Even if the volumes ordered per client are lower, the number of clients increases during this period. Many actually turn to us because their suppliers stopped the product. One of our particularities is that we have an ultra-efficient fridge in the Netherlands which helps us get an optimal quality to play this late window.” 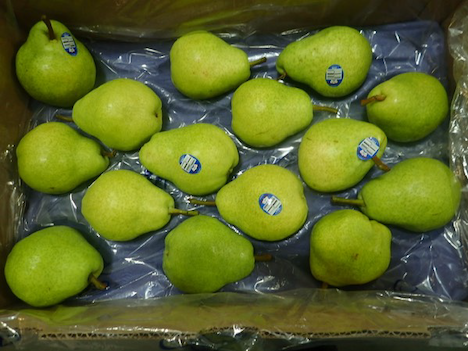 “We currently have quite a clear pear panorama”
“This year, European pears are either coming to an end or very expensive, like the Conférence which has reached historical price levels. We have a nice import configuration, which means that we can promote the fact that we have operators with quality products and that consumers have the whole summer to enjoy them,” explains Alexandra. “We currently have quite a clear pear panorama for large import. There is an upgrade of the range in the pear sector and we feel that we have less competition on the supplementary origins.”