The ginger market in the US is currently oversaturated with product, according to Apanatche Bark of Pommer Fresh Foods. The company grows and imports ginger from Brazil, and usually June is the first month of the year that they start bringing in substantial volumes. This year, however, they were already bringing in high volumes starting in February because of a shortage that was the result of the pandemic.

“We started shipping young ginger in February by air freight to help cover the shortage from China. We’ve never started shipping that early before, but this year it was necessary,” says Bark. “The young ginger is different from the mature ginger; it is juicier and has a mild flavor. But it also has a much shorter shelf life, so it has to be shipped by air freight to arrive with good quality.” 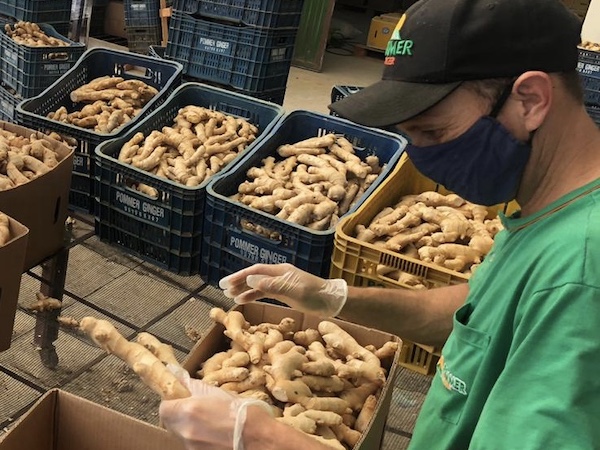 Air freight shipping increased market prices
The air freight has become limited due to the reduced amount of passenger flights, which has also increased the prices by a lot. “At a certain point the costs were so high that the prices were over $30 per box,” says Frederico Stuhr. “Since there was still a shortage, the overall market prices were driven up, and this created a lot of enthusiasm for many companies – but while the prices were high, the costs were high too so there was still a bit of an equilibrium. But then when the mature ginger started coming in and we could start sending it by ocean freight the costs went down and all of the sudden there was an opportunity for huge profit margins. This is when too many companies from all over sent too much product and flooded the market,” he adds.

“It takes a few weeks for the shipments to arrive, and so there’s still shipments on the water now that were sent weeks ago that will have nowhere to go – both in the US and in Europe, there’s not enough movement on the market to accommodate all the product,” Stuhr notes. 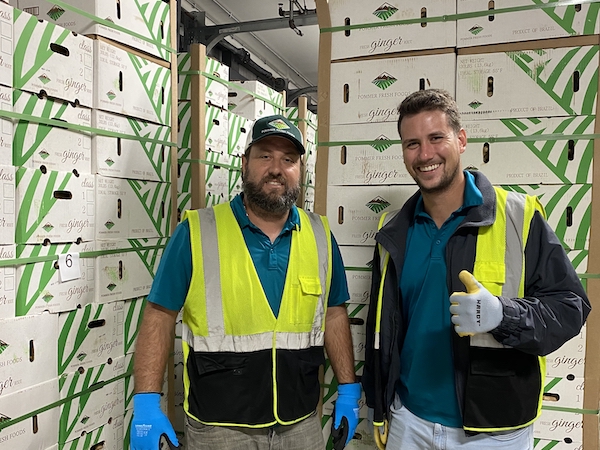 The ginger on the market is now coming from many different origins: Brazil, China, Peru, Ecuador, and Costa Rica, and this situation has increased the competition even more. Bark says: “For Pommer Fresh, we’re sticking with our customers and our orders, we’re careful not to ship more than what we know we can sell.” Stuhr adds: “It will take a few weeks for this all to clean up out of the market, and when that happens is when the real season will begin, and we’ll see a more normal supply and demand situation.”

While the mature ginger season has now kicked off, the logistics issues aren’t resolved yet. “There is a bit of an equipment shortage for the shipping. Some of the companies in China held up the flow of equipment and we are seeing some container shortages,” Stuhr explains. 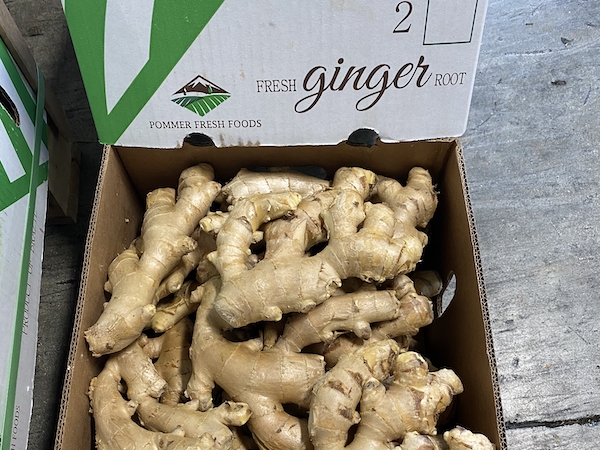 Season might end early
This season, Pommer Fresh was expecting to be able to ship higher volumes than usual on their ginger. Due to the shortages earlier in the year, they started their shipments much earlier than usual which means they might end their season earlier than usual. “Our volumes overall were bigger than last year, but we’ve never shipped this much ginger this early on in the season. Usually we ship to mid-November, meaning the last shipments will enter the US market in December. This year there might be a bit of a shortage of supply in the last months of the season.”

Pommer Fresh has worked hard to keep their production up and safety during the pandemic. “We’ve had to change much of our processes and implement new safety procedures, but we’re now planning on keeping these new procedures for good to increase the safety in our operation. It’s been challenging to introduce these things so suddenly, but we managed, and it’s put us on the path to become more successful in the future,” Stuhr concludes.