Torre Pacheco, the most affected area

Severe damage on melon crops caused by hailstorm in Murcia

On Monday afternoon, abundant rains accompanied by hail fell in Campo de Cartagena, in Murcia. Damage to crops is considerable, although localized. Torre Pacheco, El Jimenado and Sucina, currently the most important melon-producing areas of Murcia and Spain, are among the most affected.

Proexport, the Association of Producers and Exporters of fruits and vegetables in the Region of Murcia, has posted videos on its social networks of melon plantations in Roldán (in the municipality of Torre Pacheco) which have been damaged by the storm only a few days before the harvest. They show how fields have been flooded and microtunnels have been fully destroyed by the hail.

Technicians from Proexport and other producer organizations are conducting assessments on site to evaluate the extent of the damage and quantify the number of hectares affected. 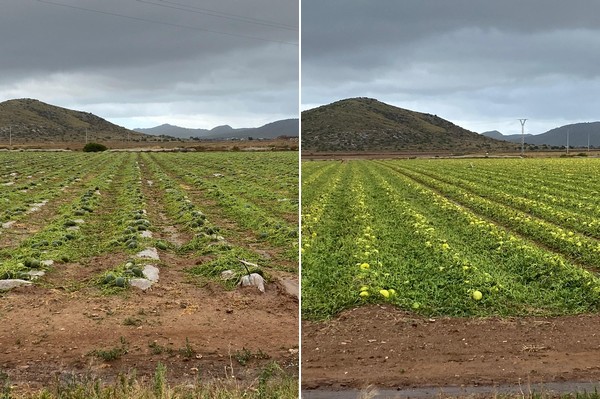 Other crops currently in season, such as stone fruit, have not been affected by this storm, and neither have table grapes, which are grown in other areas and whose harvest will kick off in two weeks.