Geiser agro.com ag. on the pome fruit market in times of Corona

The European apple harvest was rather small last year. In Switzerland, however, the harvest was relatively good. Due to the high demand, connected to the Corona-crisis, stocks were quickly reduced. As a result, stocks of some commercially available varieties are rapidly running out, confirms Benno Amiet, Head of the Table Fruit Division at Geiser agro.com ag.

Until the end of April, the demand for apples in the Swiss retail trade was quite high: In May, the market was somewhat calmer and the volume of apples sold by retailers was slightly lower, says Amiet, looking back. "Gala and Golden are still available in sufficient quantities except for the smaller calibres. The Jazz variety is also in stock in sufficient quantities this year and is enjoying steadily growing demand. With the local Braeburn we have already reached the last 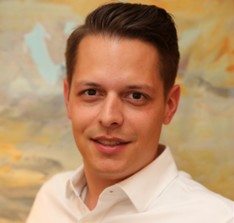 remaining quantities and the change to import will take place by mid-June at the latest."

High affinity to class II
On the demand side, there have also been some interesting consumer trends that would otherwise not exist to the same extent, observes the product specialist. "During the crisis, we have seen increases in demand for Class II apples among the standard varieties. It was probably due to financial reasons or circumstances that people decided to buy cheaper and packaged goods. In any case, one has shown a rather high affinity for Class II goods."

Pome fruit from overseas
Traditionally, the first batches from overseas also appear in the  trade at this time of year. "The free period for overseas imports usually starts in mid-June. Due to the low stock levels and threatening bottlenecks, an early start has been decided on 4 June," adds Amiet. Imports are what they need, and this can vary greatly from year to year.

In the case of pears, you have to switch to imported goods at an earlier stage. Amiet: "From the end of March, the season with Swiss pears is usually over and only the Kaiser variety is traded. Until the start of the overseas season from April-May, mainly European pears are then offered."

Within Geiser agro.com, the company was able to react promptly to the circumstances and precautionary measures were put into practice.

Domestic pome fruits: QTee, SweeTango, Fred, and Co
In recent years, a lot has also been invested in the domestic cultivation of club varieties. The latest top product among pears is the crisp, red-skinned QTee. "This pear is available from mid-August until the end of December and is already being supplied in larger volumes. Originally from Belgium, the QTee stands out due to its appearance and the tender, aromatic flesh."

The QTee and SweeTango: two high-quality club varieties from the range of varieties offered by Geiser agro.com.

Regarding apples, a special mention should be made of the early SweeTango variety, which is available from the beginning of August and whose market position is being promoted in cooperation with several European market participants: "Consumers love this unforgettable apple. It is crisp, juicy and incomparable in bite and taste. We are already eagerly preparing to increase consumer awareness of QTee and SweeTango through tastings and other marketing activities." Benno Amiet is convinced of the potential of the young club varieties QTee and SweeTango and is already looking forward to the upcoming new season.

Another new variety is the Fred pear, a Swiss cultivar. "Here, we are still at the beginning and have so far only been able to supply our customers with small quantities from domestic cultivation. But from a marketing point of view, the storable pear certainly has potential, especially for February and March."