Normally there are five people in the office in Zevenaar, but due to the corona virus they must remain apart, at least at a sufficient distance. Inverness transport celebrated its 15th anniversary on June 1. Founder Richard van den Dolder started as a freight forwarder in the attic space in 2005. The company now arranges shipments throughout Europe and an upcoming move is planned to a larger building nearby with more storage and overhaul options. 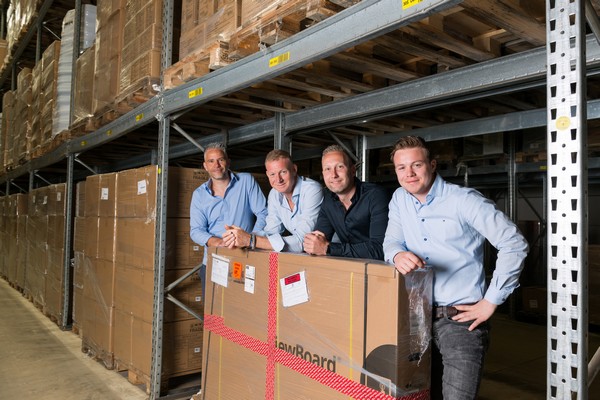 All of Europe
“The focus of our services started with the transport of potatoes, carrots and onions in the fresh produce sector,” says Richard. “In the meantime, this has also been extended to the transport of cocoa and coffee beans and we are shipping various types of fruit and vegetables to and from every corner of the continent: from bulk transport to tautliners and coolers. For example, we are now loading carrots in Sicily, we arrange the transport of seed potatoes far into Russia, we drive fruit and vegetables from Spain to Scandinavia. All-round across Europe.” However, the name Inverness comes from Richard's fascination with Scotland. “I think Scotland is an incredibly beautiful country with a great work mentality, 'come rain or shine, just keep working'.  In addition, the name resembled my previous employer and so everything came together as the ideal name for our international company. ”

Good contacts at the loading and unloading points
However, the transport world is characterised by many players on the field. “Our strength lies not only in the knowledge of the European market, but also that we, as a freight forwarder, have good contacts with the various loading and unloading points. So we always know exactly where our client's palettes are. In fact, all our customers have to do is tell them where they want their cargo to be and we take care of the rest, such as phone calls back and forth with various logistics partners and taking care of the right customs activities. Simply put: We ensure that a customer's cargo goes from point A to B in the most favourable way possible and we unburden the customer from A to Z. " 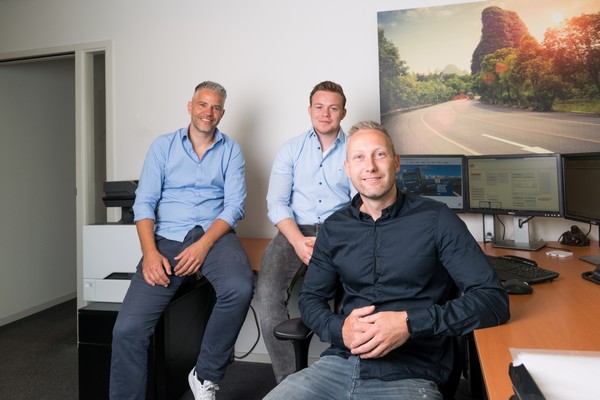 Nico, Mark and Tim at the office in Zevenaar

Multiple choice
Inverness Transport has grown further in the past 5 years. "We do longer distances, do bigger projects with various customers and more agricultural products have been added," says Richard proudly. “We have seen a lot of changes in recent years. Those long distances have come about because there is a lot of choice for the importers to get their products from somewhere. Where everything used to be more local, it has now become more global. Due to the corona virus, I also expect many shifts in the transport routes to other destinations in the near future. With us, however, there remains scope to expand further with new customers and new loads. ”

Stay sober
However, there are also challenges in the transport sector. Brexit still hangs like a sword of Damocles over the heads of transport companies and the corona virus has also had its impact on the sector. Yet Richard remains level-headed. “Of course Brexit will have an impact on our trade. The British want to get as many carrots, onions and potatoes from their own country as possible, but in the long term I expect that this will remain a potentially good market for everyone. ” Then there was the corona virus, but Richard noticed that the transport was not reduced. “It was a bit quieter at the beginning of this year, but in March, April and May our planners were extremely busy planning transports. I am confident that we can match last year's good sales. ” 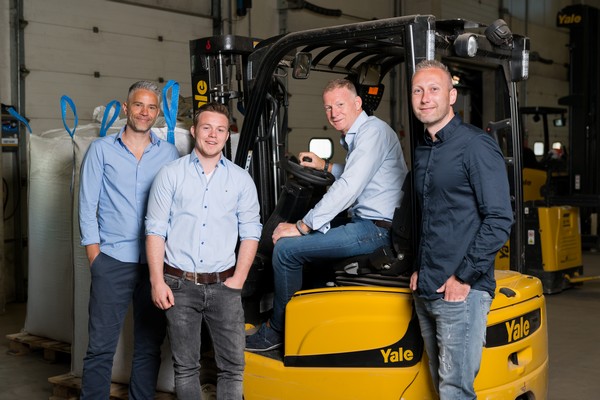 When moving to a new building, Inverness focuses on more storage and transhipment space

Finally, the question remains whether there will be a party for the anniversary. "I'm always up for a party," says Richard. “But for this year we are going to postpone it for a while because of the corona virus. In any case, I am incredibly proud of the work the Inverness team has done over the years. ”