"If we don't do something about the food system, we're not going to be able to sustainably feed people"

One of Australia's leading 'Food Futurists' sees an increased future for genetically modified (GMO) and genetically edited organisms in global food production, as the industry grapples with the challenge of feeding the growing population.

Tony Hunter believes that now is the best time in 30 years to be in the food and agriculture industries, with so many new technologies on the horizon.

"There are so many things going on, so many new technologies, so many opportunities - and so many challenges," Mr Hunter said. "It's nearly a cliché now (that the world population will be) 10 billion by 2050, but it is very real. If we don't do something about the food system, we are not going to be able to sustainably feed those people. Feeding these 10 billion people will require twice as much food, and there's not enough land on the planet to do it the way we are eating in Australia the US or Europe."

While GMO has been around for 30 years, he notes that across the world there have been a number of fruit and vegetable items so far embrace the technology, such as canola, salmon and apples. It is not all about changing the substance of a product, but minor enhancements to make it more sustainable, productive, reliable and attractive in the market.

"You can look at trying to modify some of the attributes of the products, and we have seen products coming onto the market such as non-browning apples," he said. "It's still an apple, but it's been genetically modified to be non-browning. There are so many products coming onto the market throughout the world that grow faster, better and are less prone to disease than anything else on the market. While it may look the same, its performance may be significantly different. So, products can stay the same on the outside but have advantages on the inside.” 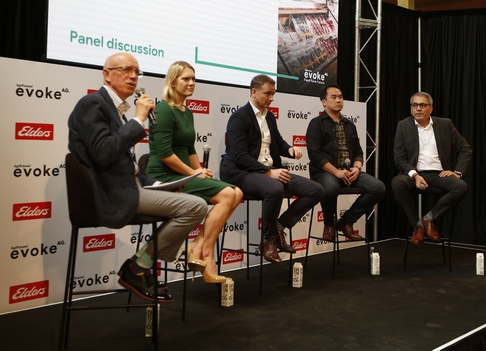 Mr Hunter explained that one of the big failings with GMO was that no one really explained thoroughly to the consumer what was in it for them, and was transparent in the research and production process.

"The conversation has been led in the direction of fear and not in the direction of the benefits of the technology to consumers," Mr Hunter said. "None of the problems that were initially proposed to result from the introduction of GMO crops have happened. You obviously can't say the absence of harm is proof of safety - it's not the same thing. But if we have what appear to be safe GMO products for 30 years, how much longer do we want to go before we accept that it’s safe? Drug trials only go for years, not decades. So, to me, all the evidence that I have seen indicate that it is safe, and the new gene-editing technologies such as CRISPR are even more precise and more targeted. Sitting on the shelf waiting for legislation to catch up are hundreds of genetically edited crops. Many have been developed in Australia and can be sown next year and mean less water usage, higher yields and other advantages."

Another factor that the GMO industry needs to focus on is explaining what's in it not only for the consumer, but the world.

"If we are concerned about sustainability, if we are concerned about feeding our fellow humans around the globe - that can be just as much of a selling point as price, taste or anything else," Mr Hunter said. “Communication is also important; get the facts out there and don't cherry-pick. Don't get into emotional arguments from either direction, both sides are guilty of that. But it doesn't matter how much you try to stop a new technology - if it is good, it will prevail in the end."

He believes that there are three main overarching trends driving change across the food industry, from a consumer's point of view; sustainability, transparency, technology. But Mr Hunter says irrespective of what side of the argument you are on, farmers are the key to feeding the planet.

"Whatever technology you use, you need the raw materials to grow your product, whether you are growing cells or animals, you need the raw materials," he said. "My biggest advice to farmers concerned and fearful about the future is to come together at conferences like evokeAG, travel overseas to the Good Food Institute conference. Just go and talk to people and have a civil exchange of ideas - it is not going to hurt anyone." 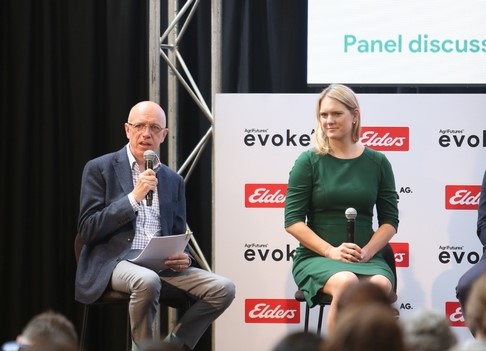 Mr Hunter's business helps clients plan for long term change, and he explains that Australia cannot lose sight of the importance of evolving and adopting new technology, and if local producers and innovators are too slow, someone else around the world will gain a market edge.

"We all know how connected the world is, we have seen it through Coronavirus, just how interconnected we are," he said. "If we don't introduce a technology that is a disrupter to our conventional industries - what if someone else does? We are trying to export our product and someone says that they can provide the same thing cheaper - what do you think is going to happen to our homegrown industry? Agriculture is a massive contributor to Australia’s GDP and to maintain that we have to adopt these new technologies ourselves. If you don't disrupt yourself, someone else will. You can manage the risk if you look far enough ahead."

While he admits that it is impossible to predict the exact future in specific detail, the key is outlining what the 'possible' futures might be. By following the drivers of these possible futures, a clearer picture of what technologies may or may not be successful can be envisaged.

"By following new technologies, you can plan for what may be about to come, as opposed to being blindsided in 5-10 years’ time and find out it's too late," Mr Hunter said.