The New Jersey blueberry crop looks to be getting started near the end of the second week in June.

“As of now, things look very good for blueberries. We were expecting that they might start harvesting the first full week of June. But it got a bit cool and the cool evenings have pushed us back to what’s going to be our normal start time,” says Tom Beaver of Glassboro, N.J.-based Sunny Valley International.

Beaver says as of now, the crop looks to be good with solid quality and normal volumes.

New Jersey comes into the market just as the Southeast starts approaching the end of its season. “Typically, you’ll have some production that holds over from Georgia and also North Carolina on the front end for competition. And then hopefully we’ll have a nice window where we’re pretty much the only growing season in market,” he says. “Then on the tail end of our season you’ll see British Columbia and some West Coast shippers come back into the market as well.”

He adds that New Jersey hits peak volumes between mid-June and mid-July and then wraps up near the end of July with a small amount of production into early August. 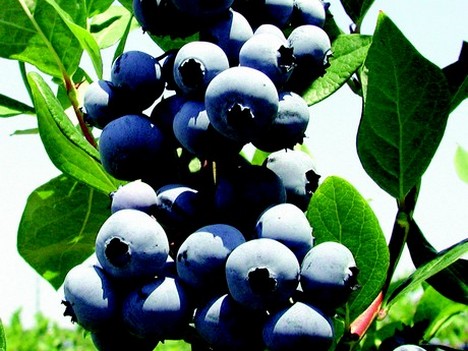 Positive response from retailers
As for demand, Beaver believes it should be very strong for New Jersey blueberries. “All of the conversations we’ve been having are very positive. The retailers anticipate a lot of ad business for blueberries this summer and they want to commit to significant volumes beforehand so it’s all positive signs for right now. We’re cautiously optimistic,” he says.

To meet strong demand as well as shifts in the way consumers are shopping these days—from doing it solely online to doing fewer grocery shops—Sunny Valley is making some changes this season. “We’re focusing on offering the full variety of package sizes and styles from your more traditional pints and 18 oz. to more of a 2 lb. and 24 oz. pack,” says Beaver. “We want to make sure that we’re making everything available.”

As for pricing, Beaver believes it will be normal to pricing usually at the start of the season. “It’ll depend on the timing of the transition out of the Southeast, but with the demand that we’re seeing from retailers, we do think pricing will be competitive,” he adds.