“We are entirely independent in most soft fruit sales and cultivation"

The Van Zuilen family have had red currant juice flowing through their veins for 40 years now. In 1980, Jan and Karin van Zuilen started growing fruit. This was on a 3-hectare plot in Zoelmond in the Dutch Batavia region. Through the years, this cultivation company has expanded. It now consists of multiple nurseries and more than 100 hectares. They cultivate blackberries, raspberries, blueberries, and red currants. The soft fruit is always packaged according to client specifications.

The berries are sold via the company's sales branch, Berrybrothers. It was founded in 1998. The berries are sold to supermarkets, wholesalers, and exporters. Jan and Albert Van Zuilen represent the family business's first generation. Nijs and Gerc, the second. Together they reflect on the company's past and look to the future. "We are sure we will still be farming with berries 40 years from now." 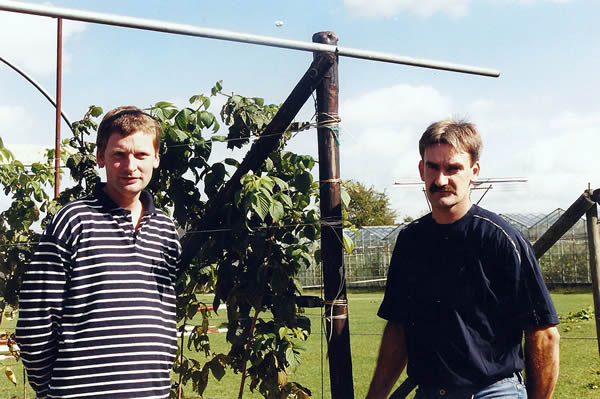 Bundled sales
In 1990, Jan Van Zuilen eventually got the opportunity to buy a 10-hectare nursery in Roggel, the Netherlands. His brother, Albert, took over the running of the Zoelmond farm. Albert initially continued with the same products as Jan. But he quickly started specializing in blackberry and red currant cultivation. At first, the brothers sold the fruit at auction themselves. But, in 1998, they decided to bundle their sales under a new company, Berrybrothers.

Special Fruit, a Belgian wholesaler, was still a shareholder at that time. It, too, joined the sales combination based on its sales and export expertise. "We saw it as beneficial for both companies. By bundling both production nurseries' sales, we could spar against each other. The risk was also spread. If one farm was struck by hail or frost, the other could always be a back-up," says Albert. 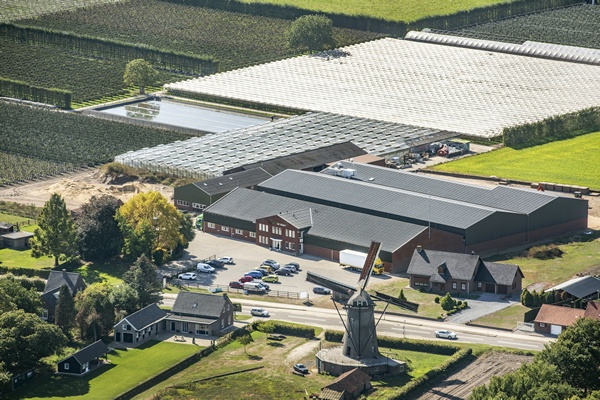 An aerial view of the farm in Roggel

Raised between the berries
In about 2002, Jan's sons, Gerco and Nijs, joined the business. It was an obvious choice for the brothers. "Our goal was to come and work at home. We have always had an interest in growing fruit. We were raised between the berries and loved it. In that sense, we slotted in quite easily," says Nijs. "School was not for either of us."

"We both left school early. But, over the years, we have more than compensated for that. We have done and taken various courses. Our sister, Franciene, followed in our footsteps in 2011. She was initially involved in transport and logistics. Now she works in payroll administration and recruitment." 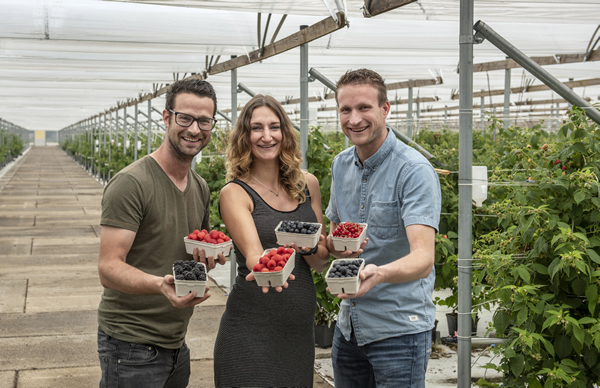 The company was not stagnant either. Berrybrothers clients began asking for other soft fruit varieties. In 2007, Berrybrothers built a new cold storage facility. In it, 400,000 kg of red currants can be stored in modern ULO cells. Over the years, more expansion followed. In 2009, a 28-hectare plot in the Dutch village of Neeritter was planted with red currants.

In 2014, a 16-hectare plot in Buren followed, and two years later, a 19-hectare site was taken into use. Here, raspberries and blueberries are grown under cover. In 2018, a new 2,700 m2 warehouse was completed. "People must have wondered what those Van Zuilens were up to again," Jan and Albert reflect, laughing. "But, as more people became dependent on nurseries for food, expansion was necessary. The market absorbed that well. And if demand increases, cultivation must grow."

From the source
At first, BerryBrothers only sold their berries to Dutch and Belgian exporters. However, they were approached by more and more overseas companies. These businesses wanted produce straight from the source. "For us, the goal was not to do the exports ourselves. But we kept getting requests from especially German companies to supply them," says Nijs.

"They wanted to go directly to the source. With us, the client gets to speak to a grower. This is someone who has seen the product and can tell of its cultivation and quality. Then you can also explain why a product is unavailable at a specific time. We must be able to use our expertise to sell our berries. That works, and clients see the added value too." 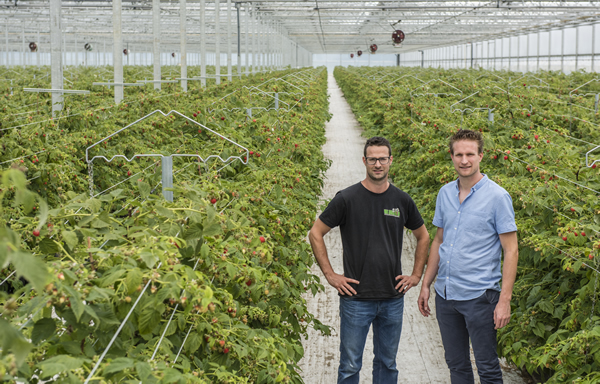 Berry specialists
The nurseries total no less than 100 hectares of fruit. Red currants are still the main product. "We will keep specializing in red currant in the future too. It will remain our main crop. But it is great that we can supply 100% Dutch products to clients. That is from 1 June to 1 October. We do this with the red currants and a combination of raspberries, blueberries, and blackberries. And from a few years ago, also black and white currants. That is why we are, rightly, berry specialists," adds Nijs.

"Buyers are making ever-higher quality demands of the fruit. Their quality has also improved tremendously over the years. That is thanks to more innovative cultivation and storage techniques. Very few pesticides are used, and the product is grown in substrate now. For example, we recently constructed a state-of-the-art canopy for blueberry cultivation," says Gerco.

"The varieties have hardly changed over the years. The classic Junifer and Rovada still top of the red currant list. The accompanying techniques have, however, been fully developed." When asked about high and low points, Jan considers the introduction of the storage cells a highlight. "It was very revolutionary. We could use these to extend the season." 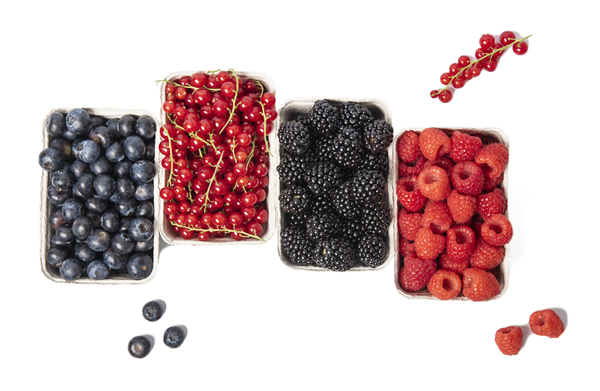 Workers are the company's cornerstone
"We also do everything we can to be a good employer. Finding the right personnel is, after all, a real challenge. We have employed special people that focus solely on personnel and housing. It is becoming increasingly difficult to find people with a green thumb; people who understand how a plant grows. We consider it essential to, as far as possible, use good facilities on the farm to organize that. That is why there are advanced plans to build an agri-hotel in Roggel. It will have a garden, parking, and its own recreational space. The units will have separate kitchens too."

There are, in general, many future plans. In 2018, Gerco, Francien, and Nijs took over their parents' nursery. Albert's children were also eager to join the company. "We are all going for it. We are, however, less occupied with daily results than with long-term continuity. For example, we have purchased a 2,5 hectare heated greenhouse in Roggel. Part of it will be used for proofs with new varieties. The future is berry-colored for us," conclude Jan, Albert, Gerco, and Nijs enthusiastically.