A New Zealand AgTech company says the horticulture and fresh produce industry is heading for a major shift in coming years, in terms of take-up of new technology.

Autogrow specialises in the research and development of digital growing solutions, and Chief Executive Officer Darryn Keiller says major changes in the way the industry currently operates is coming in the next five years.

"Right now, there is a lot of internal inertia; the industry has operated a certain way for a very long time," he said. "It has also been propelled by the Dutch system, which has really pushed the envelope about what those physical technologies are capable of doing. However, we are now entering the realm of data, artificial intelligence (AI) and software-based systems. That is really a big shift for the farm operators and something the entire industry will need to adapt to. We have also seen a generational change with some younger growers entering the market. They are looking for digital-based solutions because that is what they are used to as consumers. That includes remote access, mobile apps and digital platforms that help manage large amounts of data. Regardless of age, we are interested in those early adopters and people open-minded about new technology." 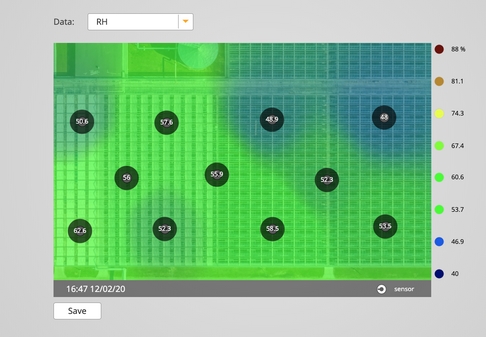 He added that those growers prepared to partner with an innovation company are going to be the ones who get the first advantage of these solutions. Mr Keiller admits the uptake of emergent technology is still early, especially remote sensing and cloud-based software in both indoor and outdoor farming.

"While there has been a lot of hype around the technology, the actual uptake by the industry is still small," he said. "There have been start-ups come and go already and there are new ones that are emerging. Many are chasing the row crop/broadacre space because of the sheer scale of that sector. But that makes it a more crowded market in terms of start-ups and innovators. In the controlled environment space, there is really only six of us in the world that are focusing on innovation-based technology to improve farm productivity." 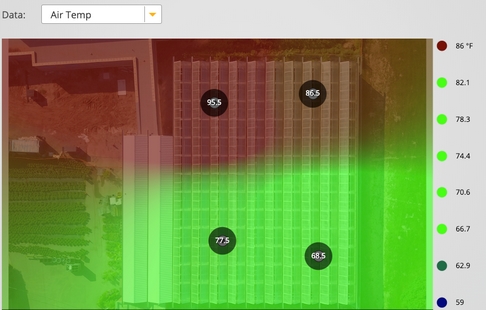 "We can exercise so much more control over how the crop is managed than you can outdoors," Mr Keiller said. "It's a very data-dense environment so the remote sensing part is where you have to start because it is gathering all that information; about the environment, about the physiological state of the plant, what degree is it undergoing photosynthesis and other behaviours. The goal is to optimise yield, optimise the quality of the fruit and optimise the harvest so the grower can get the most money." 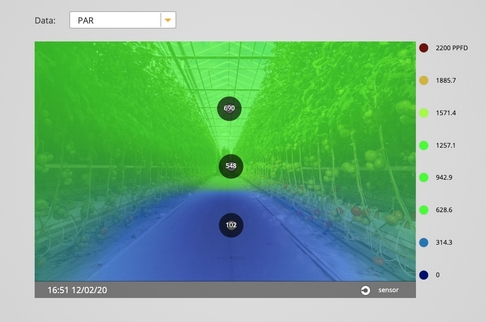 Mr Keiller detailed his company's innovations at this year's evokeAG in Melbourne and says a lot of technology companies are at the stage where they need to educate industry members at how it can benefit them. Mr Keiller also warns that a lot of the solutions out there are not necessarily AI, but it is more a label that gets applied without the data science resources and expertise.

“AI is the ability to simulate human activity, carry out decision making, and turn data and information into a service that a grower can use to their advantage in some way," he said. "What some may call AI could in fact be the use of a spreadsheet and calculator. From our experience you could count on one hand those that are actually developing solutions using artificial intelligence or machine learning protocols.”

With new and established players in the market making a move towards developing AI services, Mr Keiller notes one challenge is those companies that have not fully grasped the concept of talking to their customers or understanding the market.

"Some companies, especially in the Start-Up space, are very good at raising capital, they are very good at generating technology in its own right but haven't necessarily understood that they are dealing with living organisms (plants)," Mr Keiller said. "The approach we take is that we have three disciplines; crop sciences (genetics and physiological), artificial intelligence (data science and machine learning), and we have a strong technology team to build and deliver them. You need all three of those things to work in agriculture. It is impossible in this industry to advance solutions without working with the grower. The farms are very different and the way they operate can be different - you need to do it alongside them." 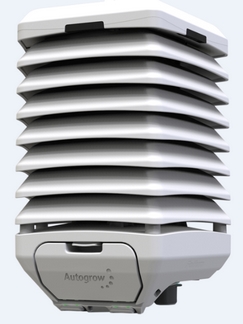 One thing Autogrow also looks at, according to Mr Keiller, is opportunities to leverage complementary solutions.

“We work closely with Amazon Web Services (AWS) who are doing great work in developing AI solutions which we then apply to agriculture. We also rely on AWS security protocols and standards to protect our customers’ data.”

Autogrow has just launched Folium, one of the industry’s first high-density sensor network, after two years of development. Mr Keiller says that more sensory data is another emerging aspect of technology that will have a big impact. While software development across the industry is also expected to improve.

“The next five years are going to be exciting in CEA (controlled environment agriculture) for both innovators and growers," Mr Keiller said. "Those that get involved early and adopt new technology will see the benefits in the long term as they will be able to withstand impacts, whether that’s natural disasters, ongoing labour shortages or other crises.”