Good quality but challenging market for the pineapple industry

The United States receives the majority of their pineapple supplies from Costa Rica, with Mexico coming in second and other Latin American countries such as Panama and Ecuador supplying small volumes. In the past weeks the quality has been good, though the market has been experiencing difficulties due to the pandemic, according to Wes Liefer of Pura Vida Farms, who import their pineapples mainly from Costa Rica. 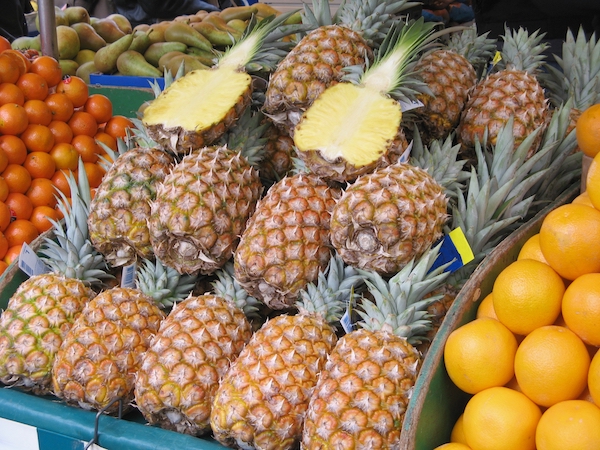 Challenges due to loss of foodservice
The shut-down of the foodservice industry in March was a big hit for the pineapple industry. Liefer explains: “In the winter months, the foodservice side of distribution is higher than the retail side, I would say it’s about a 60-40% balance. In the summer, this switches to a 40-60% balance, with the majority of the fruit being destined for the fresh market. So, at this time of the year foodservice should take up the bulk of the supplies but this was shut down overnight.”

In addition to this, Easter sales were much lower than expected. “This caused a glut in the market which took a couple of weeks to clean up. All the importers cut back on the supplies they were bringing in so that the remaining fruit could be cleaned out. This, of course, affected the prices, which got really low. There were even times where the prices wouldn’t even cover the logistics rates, which made the importers scale back their imports even more,” Liefer shares.

The pineapple importers fortunately didn’t experience many issues with their logistics. “There were some difficulties for getting containers in Central America because of the backlog that was created in China. But pineapples are grown year-round and therefore also shipped year-round, so we didn’t have as many issues with their shipments as some of the seasonal items did,” Liefer says. 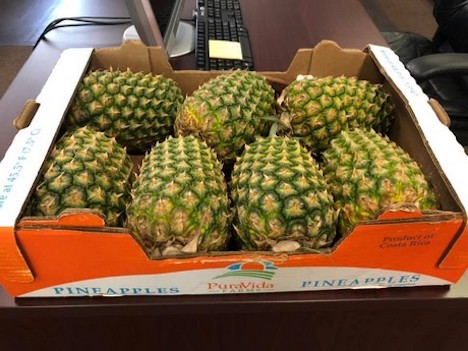 Good weather and good quality
Despite these difficulties, the pineapples that are being supplied by Costa Rica have been of good quality, Liefer says. “In the beginning of the year, in January and early February, there were some weather issues, with too much rain, which reduced the volumes and the quality of the product. But, during the past four to six weeks, the weather has been good – with great temperatures and not too much rain – which has made for good quality pineapples. The sizing is pretty consistent right now, too, most sizes are available without issue. This can change on a weekly basis, though right now there is plenty of availability due to the lower volumes being brought in. The 8 count pineapples did slow down a little bit, because this size is used mainly by foodservice.”

As the US is slowly beginning to open back up, Liefer has a positive outlook. “We are ready to get back to normal, and everyone in the pineapple industry is looking forward to the economies and the channels of distribution opening back up. We are seeing improvements, and as the temperatures start to increase in the coming weeks, so will the demand. Pineapples are a summertime favorite,” Liefer concludes.