The world's largest LHV refrigerated truck has just been launched and is already in circulation in Spain, although still in the trial period. It is the result of a project of the University of Zaragoza, the manufacturer SOR Ibérica, MAN industrial vehicles and the Directorate-General for Traffic. 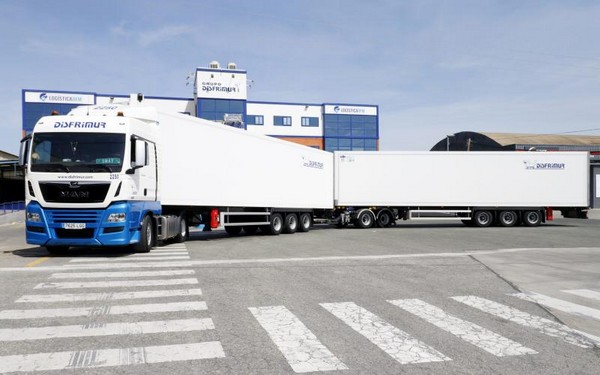 The truck, which is 32 meters long, weighs 70 tons and has a capacity of 66 europallets, has been designed to facilitate the transport of more goods with fewer resources, contributing to improve cargo capacity and reduce fuel consumption and emissions.

The transport company that has carried out this first test is the Murcian Disfrimur. "We are constantly developing with the aim of offering the most competitive transport services with the highest quality at the lowest cost and in the shortest possible time. Innovation, combined with a commitment to our environment, is driving us to carry out projects as big as this," says Juan Sánchez, General Manager of Disfrimur.

The trailer combination is pulled by a 640 horsepower MAN truck. The two trailers are connected by a dolly. Europe could follow Spain's example when it comes to implementing smart transport concepts.