In the past two months, citrus fruits have been the most popular products in the fruit and vegetables sector. Yet our country has never seen such a significant reduction in citrus production as this year, with drops of even 70% in some regions. Many farms have already finished their campaign in the first ten days of February, thus forcing the market operators to request foreign products to rebalance the relationship between supply and demand.

"There was an unexpected boost for oranges, with an increase in prices of up to 25%. At first the supply of oranges came mainly from Spain, in addition to the few volumes from some Italian areas; but when the lockdown started in the Iberian Peninsula as well, and we had more problems finding oranges, we started requesting the Greek and Egyptian product". The company specializes in the marketing and distribution of counter-seasonal products and operates from the South of Italy. 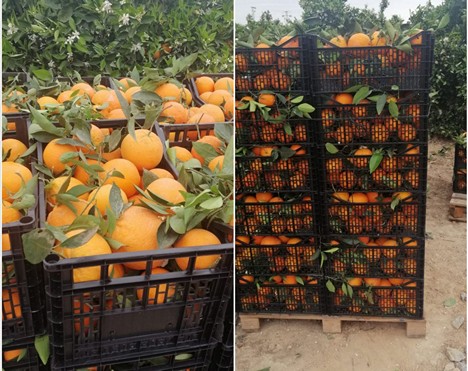 "In Spain, at the beginning of April, there have been some problems regarding the workforce in the fields, with unscheduled staff absences during the peak contagion phase and contingent or reorganized work shifts, due to the stringent health measures".

"At the moment, we are almost done with the sale of Spanish oranges (15%) and we expect to end it in late May; then we will start with the South African product, which supplies most of the European markets. There has been a strong increase in prices (up to 70%) for lemons as well, with very high prices (€ 1.20/kg for the Spanish product). There are also countries like Turkey which have banned the export of lemons, preferring to use them for the internal market".

"The last two months have been very eventful. Now that the worst seems to have passed, we can say that the whole fruit and vegetable sector has held up well. In the wholesale trade, unlike the retail one, there were no speculative maneuvers, but only an increase in prices, due to the emergency situation and the increase in some costs - such as transport, for example. With great sacrifices, we were able to find supplementary citrus supplies here and there, even if we have had to settle regarding size and quality. There has been a really exaggerated demand, especially for oranges; we wonder what would have happened if the HoReCa sector had not been suspended!".