The grape season in India has ended, so the extension of the lockdown will not affect the grapes much. Naturally the covid-19 situation had an impact on the season, although there were still positive for one grape exporter from India. Getting some solid volumes in specifically targeted markets could prove an advantage for future seasons.

The grapes from India have had some hard times this year, says Amit Kalya, CEO for Kalya Exports. “The grapes season for India is not so positive this year, having started with heavy rains in many grape-growing areas and ended with the Covid-19 pandemic. It was tough this year as mixed quality of fruits. Quality and the quantity of good fruit were both hampered. Overall, our volumes have decreased in total, we achieved just half of what we initially targeted for the season 2020. However, we have increased our volumes in some specifically targeted markets, which we see as an important positive, giving us an advantage for next season.” 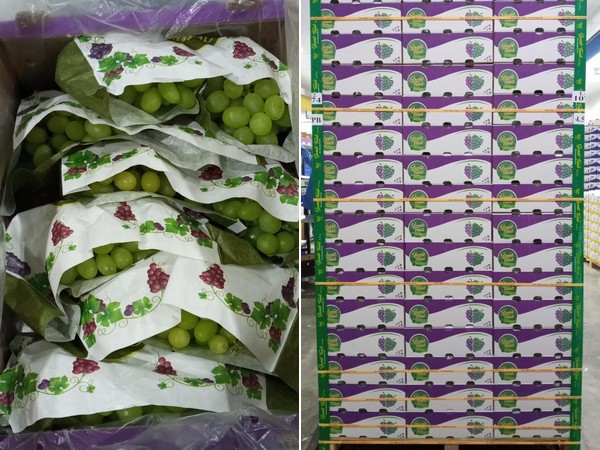 When India announced the lockdown, exporting produce was impossible. According to Kalya this situation changed relatively soon, as he was able to send some smaller volumes out not long after.

“After the lockdown was initially imposed, we were not able to export anything. In fact, there was fruit sitting in the cold stores, ready to be dispatched, we simply couldn’t export anything. As days passed, we could clear things out and as measures were less strict when it came to the export of fresh produce. Containers were allowed to be moved and we were able to start up exports again. These volumes were very small and negligible, though.”

The domestic market was a good back-up for Kalya, where demand skyrocketed once consumers went into panic mode. Now that everything has calmed down a bit, this domestic market will also suffer the most from the extended lockdown.

“In India the main variety is Thompson, but we worked a lot with several other Indian varieties like Super Sonaka, SSN, Sharad, Krishna and other varieties like Flame, Fantasy and Crimson. Since we couldn’t export, we were selling to supermarkets. Their sales were very good and because of panic buying among consumers, we’ve seen some crazy numbers in terms of sales. As time passed, the volumes stabilized. Luckily our grape season is over now and the new extension of the lockdown in India will not affect Kalya Exports much. The domestic market will definitely take a hit,” Kalya concludes.