Pineapples have been on the mind of South African consumers recently: over three weeks, since the Covid-19 lockdown, sales have briskly increased at the Johannesburg fresh produce market. During this period volumes rebounced after hail and sunburn damage as well as low summer rainfall depressed summer supplies.

When sales of pineapple units (4kg, 8kg and 12kg boxes) at the Johannesburg fresh produce market during the four week-period before the Covid-19 lockdown (weeks 10 to 13) are compared to sales during the following four weeks (weeks 14 to 17), a picture emerges that is less dramatic than some of the pineapple figures recently in the press.

During the first period, 63,000 pineapple units were sold at the Johannesburg market compared to 87,000 units during the second period, resulting in 38% growth in sales but, when looking at the average price over a month, the increase was only 6% to R114 (5.7 euros) per unit. (Comparing the lowest daily prices in certain categories with the highest daily prices in April, a doubling can be deduced.) 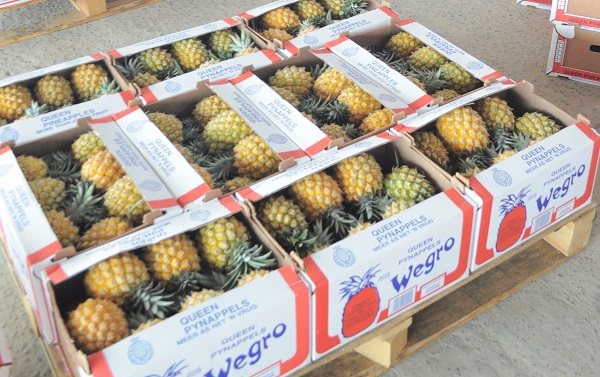 Pineapple growers welcome the sudden prominence of pineapples – under lockdown alcohol sales have been banned in South Africa, sparking a renaissance in the home-brewing of pineapple beer - but one grower is reticent to ascribe too much importance to the increased brewing activity and the higher domestic price.

The demand currently is abnormally high, he confirms, but hail damage a year ago shaved off 15% of both last year’s and this year’s crop.

Sunburn losses 3 to 4 times higher this summer
“We had our highest maximum temperatures ever this past summer, up to 46°C, and for several days in a row which is very unusual for us. Sunburn then becomes a big problem and over the past season the incidence of sunburn was three to four times bigger than usual. At temperatures over 40°C you get sunburn, depending on humidity, wind, the duration of the heat but when it reaches 45°C, a week’s production is cooked and the skin becomes white.”

Only at the end of March were the losses due to sunburn worked out, and could they send higher volumes to market again.

Relatively low summer rainfall in Hluhluwe, KwaZulu-Natal, where he grows Victoria pineapples has also depressed volumes, but good late summer rain has brightened prospects for the year ahead. 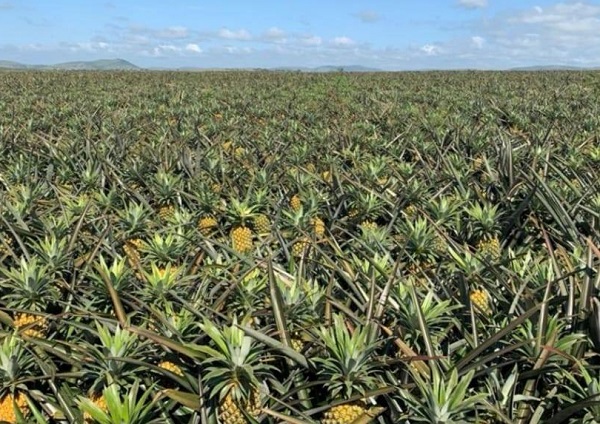 Pineapples are acutely sensitive to the forces of supply and demand, he says, perhaps more so than many other commodities, and therefore their harvesting closely follows demand. Currently they’re at 75% of full volumes, coming down during the winter months to 50% or 60% of a summer crop. They’ll be in full production by September again.

Export comes to standstill
The big disappointment has been an end to airfreight exports and the temporary shutdown to the catering and processing sectors.

“Pineapple exports to Europe were on a strong increase up until the lockdown, both whole pineapples and for the fresh-cut sector. The strong growth in demand for pineapples from Europe for its anti-inflammatory properties and high levels of vitamin C continued throughout February and March. Demand from the processing side also increased during the past year.”

Air freight costs have more than doubled and the exchange rate (currently the Rand is R18,27 to the USDollar) has not helped, Hennie notes.

“We expect that as soon as lockdown is over and passenger flights are reinstated, the exports should continue.” 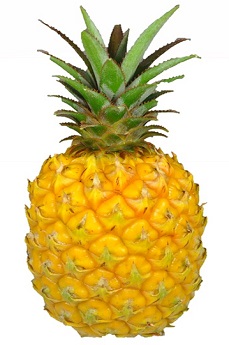 As for the much-publicised interest in pineapple beer – some stores displayed sugar and yeast right by pineapples in the fresh produce section – Hennie doesn’t think it explains the whole of the growth in interest in the pineapple, which has recently been called a superfood in the media, the first time he has ever seen it mentioned in that class.

“Of course you have a lot of bored people at home, trying new things. Here in KwaZulu-Natal we’ve been making pineapple beer for many years.”

Unexpectedly large influence of informal buyers
The South African pineapple industry recently did a survey into their market and they were pleasantly surprised to find that the informal market accounts for a substantial segment of their market which came to the fore when informal buyers weren’t there anymore during the first week of lockdown.

South African per capita consumption of pineapples isn't very high, a fraction of that of a country like Brazil, Hennie notes. "But it would be wonderful if the recent attention to pineapples means we increase our pineapple consumption in the long run."

Wegro has since 2018 had its own range of pineapple juices, not from concentrate.