A growing number of seasonal fruits have recently entered the Chinese market as the weather is warming up. One of the most popular fruits among them is the muskmelon. Chinese production areas start to harvest large volumes of muskmelons in May. At that time, the supply volume of muskmelons will greatly increase.

Mr. Zhou Wei of Shenzhen City Fresh Mao Agricultural Development Co., Ltd. recently analysed market conditions in the production area of Yanliang District in Xi'an in Shaanxi: "The muskmelon price in Yanliang maintained a strong position last year. In response to the high price last year, the overall surface area devoted to muskmelon plantation expanded this year. The production volume consequently increased as well. The size of muskmelons as well as the product quality are both better than last year because the weather conditions were excellent this year. 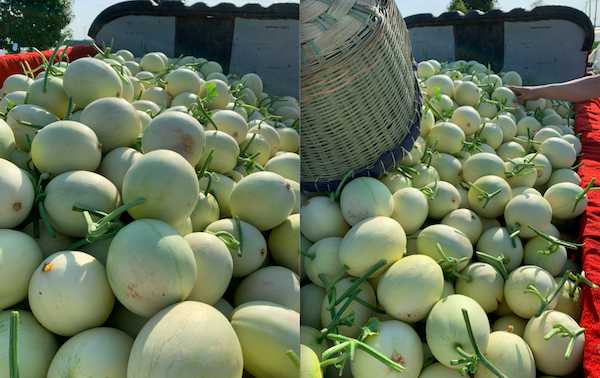 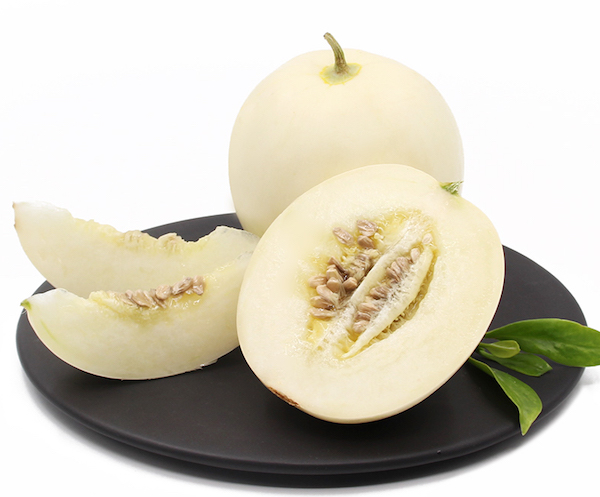 "These melons are quite suitable for online sales. They are relatively cheap. We mainly sell our muskmelons on e-commerce platforms such as JD and TMall, as well as other online sales channels. We also provide services for a number of other fruit suppliers. We can represent Shaanxi fruit traders in the rest of the country."

In addition to muskmelon plantations, Shenzhen Fresh Mao also has their own plantation for French plums and peaches. The plantation is located in Cao Village, Fuping, Shaanxi. The company also owns a fruit processing factory in Fuping. "We pay particular attention to the product quality and flavor of our fruits. We aim to provide our clients with the most delicious experience as possible." 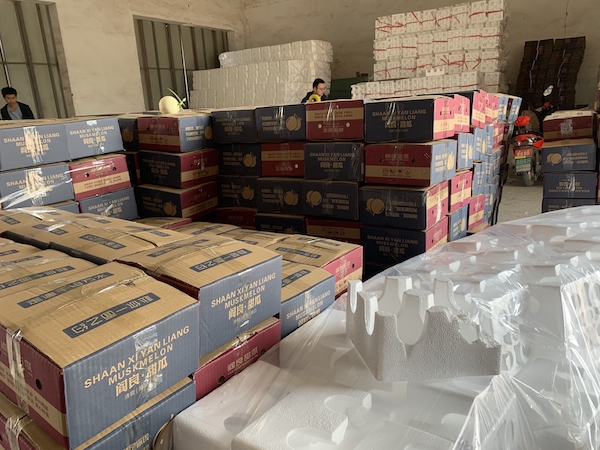