Airlines open Cargo Only Services as passenger demand has dropped

Basically, the bottom has just dropped out of passenger transport for the major air carriers, which are just getting used to turning their fleets over for freight only duties.

Carrying cargo on seats has now become the norm for many. Virgin Atlantic is scheduling over 90 cargo-only flights per week in May as it helps customers reopen vital trade lanes connecting the UK with prime freight markets in the US, Hong Kong and China, India, Israel and South Africa.

The airline will also operate cargo-only flights through Dublin for the first time, enabling Ireland’s medical technology, electronics and other industries to achieve same day connections to New York JFK, Los Angeles, Hong Kong, Tel Aviv and Johannesburg. Services will be operated using the airline’s Boeing 787-9 aircraft, which can carry up to 55 tonnes of cargo.

With 14 aircraft at its disposal for cargo-only operations, including four A350s capable of carrying up to 49 tonnes of goods, Virgin Atlantic will also increase its ability to offer exclusive cargo charters, which currently average 13 flights per week.

Impactpub.com.au quoted Dominic Kennedy, Managing Director of Virgin Atlantic Cargo, as saying:  “I am amazingly proud of our cargo team and our colleagues across the airline who have enabled us to completely re-engineer our cargo business into a successful freight-only operation. This means we’ve been able to help our customers re-establish trade routes to and from many of their major international markets.”

American Airlines
American Airlines is another carrier expanding its cargo-only operation this month to provide more than three thousand tonnes of capacity to transport critical goods each week between the US and Europe, Asia, and Latin America. American is operating a twice-weekly cargo-only service between Amsterdam and its largest hub, Dallas/Fort Worth on Boeing 777-300ER aircraft. Without passengers onboard, the aircraft can carry approximately 54,000 kilogrammes of cargo in the belly hold. 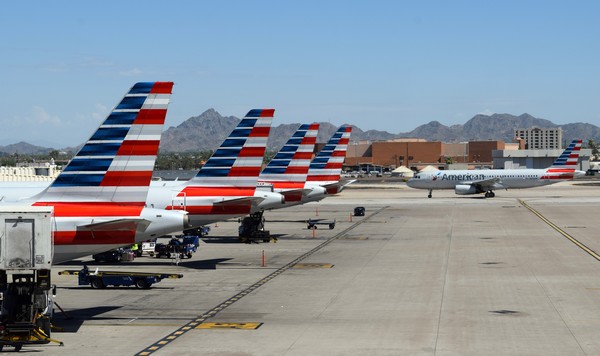 American’s flights from AMS are transporting essential telecommunications equipment and electronics, vital for keeping the world connected and informed during the outbreak of coronavirus. Across American’s cargo network, life-saving medical supplies, personal protective equipment and pharmaceuticals are being transported to support the global relief effort, as well as essential goods including manufacturing and automotive equipment, mail, fresh fruit, vegetables and fish.

Tim Isik, Director Cargo Sales – Europe, Middle East and Africa, commented: “Amsterdam’s Schiphol Airport is an important European cargo hub. American’s new cargo-only service between Amsterdam and our biggest hub in the United States, Dallas/ Fort Worth, enables us to transport essential communications equipment to connect communities, and to keep the economies of the Netherlands and the United States moving.”