On April 20, Fyffes North America made the second round of weekly donations of 10,000 pounds of fresh bananas and pineapples to support the City of Philadelphia’s coordinated hunger relief efforts.  This effort was spearheaded by Fyffes North America leadership, along with representatives from Holt Logistics Corp, the City of Philadelphia, and Philabundance. 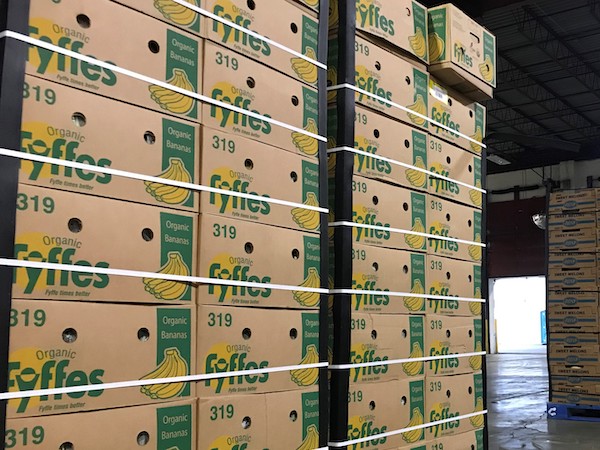 “Access to fresh food during the COVID-19 pandemic is becoming an increasingly urgent issue in the Philadelphia area,” said Juan Alarcon, CEO of Fyffes North America. “As the largest importer of fresh fruit into the Port of Philadelphia, we are uniquely suited to address food insecurity at this moment. We are thankful for Mayor Jim Kenney, Holt Logistics, and especially Philabundance for their tireless efforts to provide hunger relief for thousands of residents in Philadelphia and beyond.”

Fyffes and Philabundance delivered a shipment of approximately 10,000 pounds of fresh bananas and pineapples to a warehouse site in Roxborough that has been set up as an emergency operations center to get food to local residents in need. According to Philabundance, nearly 60,000 pounds of product has been sent by Fyffes to city distribution sites so far. As the season progresses, Fyffes expect additional weekly donations to contain melons and other tropical fruits.

Feeding the frontlines
Fresh fruit and vegetable companies in collaboration with PRO*ACT are donating more than $1 MM in fresh fruits and vegetables to benefit healthcare responders on the front lines. The initiative, Feeding Our Frontlines, was created to show appreciation and gratitude to healthcare heroes for their courageous efforts on the frontlines of the COVID-19 crisis.  More than 35,000 boxes filled with fresh produce and vegetables are being distributed to healthcare establishments so employees can take repacked boxes of produce home at the end of a long shift. The roughly 12-15 pound box can feed a family of four for up to a week. 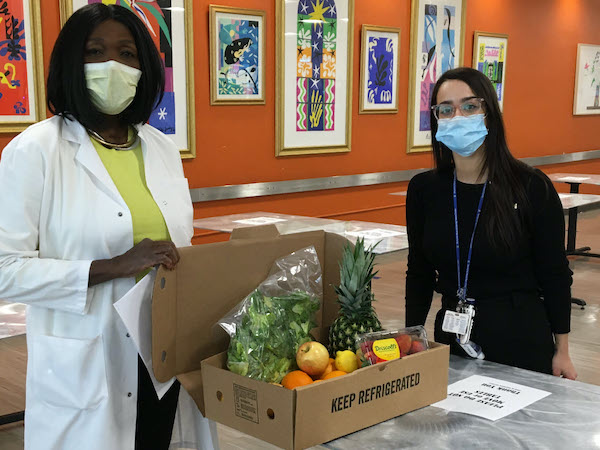 PRO*ACT established Produce Partners as the information hub.  Distribution of the produce will be prioritized to the hospitals that are at the epicenter of the COVID-19 crisis including New York Presbyterian, Johns Hopkins, Massachusetts General, and hospitals in 16 other states. Driscoll’s was the first company to commit more than $350,000 in berry donations to this initiative.   Additional produce companies who are contributing to the effort include Sunkist, Taylor Farms, Dole, Mission, Rainier, Wada Farms, Mann Packing, and Grimmway Farms. 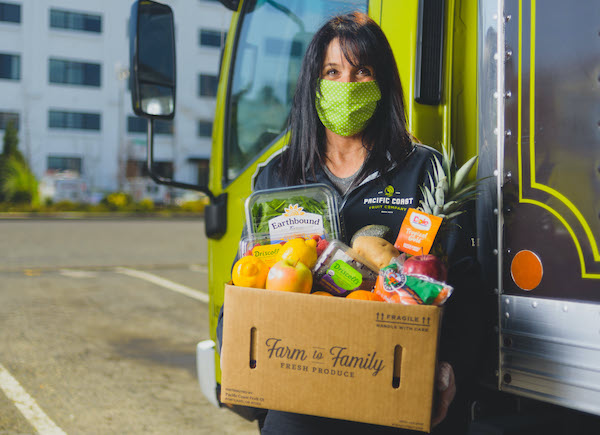 The first donation of 300 boxes were delivered to Memorial Sloan Kettering in Manhattan where the amazing staff is working around the clock to provide safe and exceptional care to patients, even after multiple staff members dealt with Covid-19 infections.

Eat One Share One Pazazz Apple Challenge
With high demand stressing food shelves across the country, Honeybear Brands is partnering with organizations focused on replenishing supplies including national hunger-relief charities such as Second Harvest and Twin Cities based non-profit Health Fair 11.

Some of the apple donations are being generated through an Eat One Share One Pazazz Apple Challenge via social media. The challenge is simple. Share the Facebook post and Honeybear donates a fresh apple to a local food bank. Retail partners are getting on board by sharing the post and encouraging consumers to do the same – all with a collective goal of donating a 100,000 apples nationally. 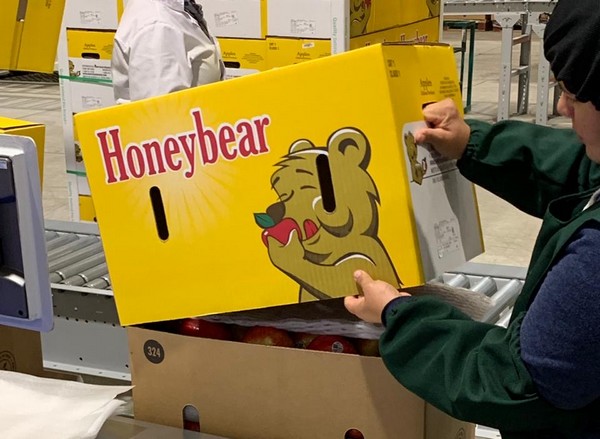 “We are fortunate that we have such a strong apple crop this year. Fresh produce is so essential to a healthy diet, especially at a time when people cannot get to the store as often as they might like to,” says Don Roper, vice president sales and marketing, Honeybear Brands. “We want to do our part to get healthy food into the hands of those who need it the most and encourage folks to eat apples as a way to help boost their immunity now more than ever.”

Honeybear Brands is also donating 1,500 Pazazz apples as part of Health Fair 11’s You Matter Snack Pack initiative, which provides free nutritious snack bags to people directly affected by the COVID-19 pandemic. Health Fair 11, a non-profit organization dedicated to improving community health, will distribute 1,500 “You matter. Snack Packs” to four organizations: Twin Cities Mobile Market, Mary’s Place, Higher Ground, and People Serving People. Each organization provides basic food and shelter to people who were living on the margins of the economy even before the pandemic hit.