Other areas include Trentino, Calabria, Campania, France and Hungary

Veneto has started the launch of antagonist insect against Drosophila suzukii

The fight against Drosophila suzukii in the hills between Verona and Vicenza has begun. The antagonist insect Trichopria drosophilae was launched on a vast area of over 200 hectares. The Coronavirus crisis is not expected to have too much impact on the possibility of accessing the farms, but only in the end can we determine with precision how many of them have been defended by the presence of useful insects. 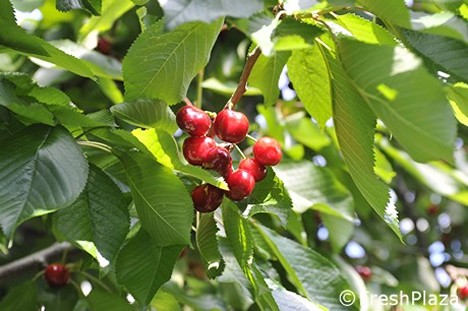 The leader in this initiative is Bioplanet, with the commercial, technical and logistic coordination of Geofin of Verona. The launch sites are San Mauro di Saline, Valpolicella, Montecchìa di Crosara (Verona) and Valchiampo (Vicenza).

"This is a launch area that alone will reach about one million Trichopria drosophilae - explained Stefano Foschi of Bioplanet - after the good results obtained last year. The aim is to make an impact on the Drosophila populations starting from the post-wintering time, and continuing with the launches for another 4 - 5 weeks. The control of Drosophila, as for other insects, does not show visible results if it involves only a few scattered farms, but it takes on a completely different value if it becomes district-based, involving a large area that also includes those that are adjacent cultivation zones.

This is a medium-long term project, with positive effects, however, also on the immediate future. The launches take place in two phases, one during the spring, which is the current one, and one during harvesting and post-harvesting to strengthen the action to contain Drosophila even afterwards. 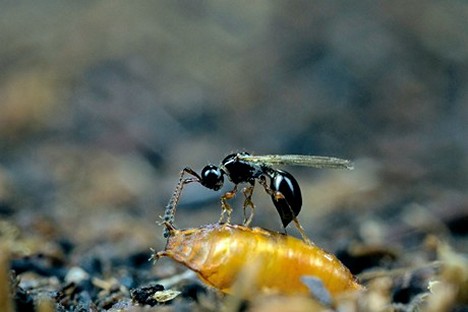 At the same time, similar projects have already started and will be launched in the coming weeks, involving other regions of Italy and other crops, strawberries and small fruits in particular, in Calabria, Campania and Trentino, but also across the borders, in France and Hungary. Because of the pandemic, Spain and Portugal are on standby, but there will be other upcoming seasonal occasions for them to start.

Trichopria is a parasitoid of Drosophila pupae, i.e. it affects the harmful insect after it has passed the larval stage (the one responsible for damaging the fruit). The parasitization is therefore aimed at reducing the presence of new Drosophila in the environment and to limit their impact during the season and the following seasons, working on a reduction of the risk of inoculation of the harmful insect and, indirectly, limiting its action on the crop.