Chile’s citrus production is forecast to be up this year, and for the mandarin category it is forecast to be up a substantial amount, between 20 and 25%. What effects might this have on the US citrus market? According to Marcial Hernandez of Pacific Trellis Fruit, it likely won’t have a big impact. “These numbers are much higher than they were in 2019, that is true, but they’re actually comparable to the numbers of 2018 so we look at this number as a recovery in volume rather than an increase,” he says.

He explains: “In 2018 the US received around 10.5 million boxes of citrus from Chile and in 2019 that number was around 8.5 million, so we’re just returning to the volumes of 2018. Though we don’t know what will happen with the numbers: we don’t know how Chile will distribute these volumes across all the countries they export to. The Asian market is very important for them too, and some growers are reporting a good interest for mandarins from them as well. So, it might be that the US won’t even see much of these increased volumes at all.” 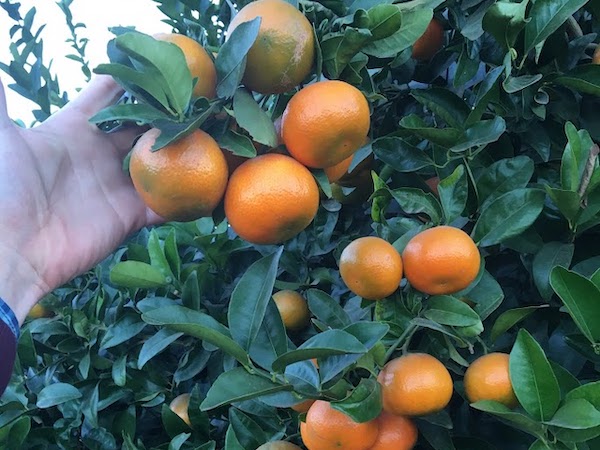 Positive perception of the market in the US
Even if the overall volumes in the US market increase due to increased volumes coming out of Chile, the market is giving signal of a higher demand as well, according to Hernandez. “At the beginning of the COVID-19 crisis, the demand was up because of the health factors and the association with vitamin C, but after that initial spike it’s been dropping a bit again. The demand situation seems to be more normal now for the citrus category however it is hard to predict what can happen in the coming weeks and months given the economic challenges and the very high un-employment rates we are seeing now in the United States,” he says.

Hernandez expects that the market in the US should be stable this summer but does warn against having prices too high. “If we are all expecting good markets, people might set the prices too high to reflect this and that will have a negative effect. Especially during these times, with the effects of the crisis on the economy, we need to consider what people can afford to pay for the fruit. We want to have good demand, obviously, so the pricing can’t be too high. If this season develops like it did last year, pricewise, then I’ll be happy: then both growers and retailers will be able to get what they need, the key here is to create demand."

Easy peelers to be imported beginning May
This year, the citrus from Chile is arriving a bit earlier than usual. It is already being brought in right now, since mid-April, though with low volumes. “The peak of the season will be around August and September. We always have to plan it strategically, because California is still producing citrus for another two months – we have to start at the right time, so we don’t have too much competition with California. A few months ago, we thought that California might be finishing their season early this year but now it looks like the easy peelers will have about another month and the lemons and oranges about another two months.” 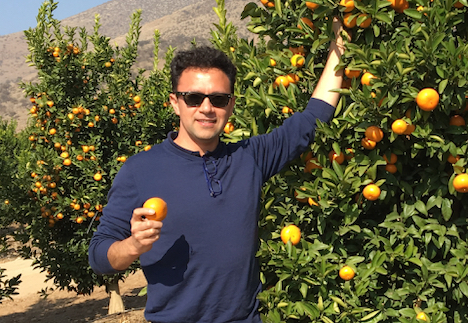 Dulcinea: A recognizable brand
This year, Pacific Trellis Fruit will begin bringing in higher volumes of easy peelers earlier than usual. “We’ll start at the beginning of May, which is normal timing, but usually we start with lower volumes and this year we’ll bring higher volumes right from the start.  We have more customers asking us for the Dulcinea brand mandarins and this year we’ll be able to handle higher volumes earlier on in the season. The beginning of May usually brings a hot market and we’re expecting to see that this year too. But we do have to make sure we manage our expectations: we have to supply the demand, of course, but the economic factor remains important, how much will consumers be able to spend in stores?” Hernandez says.

Pacific Trellis Fruit has been importing citrus for the past five years, which makes them relatively new in the sector. “Compared with other companies, our citrus importing endeavor is relatively young. But we’ve been able to supply premium quality and have been doing good with regard to distribution and pricing. Our focus now is to bring in higher volumes this season and build a strong brand for our citrus. The retailers and consumers recognize the Dulcinea brand and they trust the label, which is what we will build on,” Hernandez concludes.