The Florida watermelon season started a bit earlier than usually this year, but overall the season has been going well so far. “The spring season started a little early. Usually, the purchases begin right around this time, but this year it started two weeks ago. There was an initial influx in demand from retail, which has now leveled out,” Adam Chernow of Schmieding Produce explains.

The overall usable acreage for the watermelons this year is lower than it was last year, Chernow shares. “Weather has been a bit of an issue for watermelon maturity. This is the case for both Mexico and Florida, so the overall yield per acre is down. This means that there are less pounds this year compared with last year that will fully harvest.” 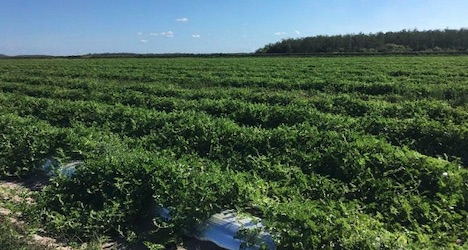 Overlapping seasons create aggressive market
Currently, Mexico (in Nogales), Texas (in McAllen), and Florida are all shipping watermelons. “Due to the good supply and overlap of growing regions, we have seen an aggressive market for watermelons,” Chernow says. “Since we are still not sure how this pandemic will affect consumer purchasing habits, we are not sure how long this will last.”

“We have seen that the fresh cut business has taken a hit and retailers are cutting back on these, but the fresh uncut watermelon hasn’t been having issues like that. There are some concerns about the bigger watermelons, like the 45 or 36 counts because these are often used for group events. But it remains a healthy product and is big enough to feed an entire family, which helps with the demand especially during these times when the entire family is at home and making less trips to the grocery store,” says Chernow. 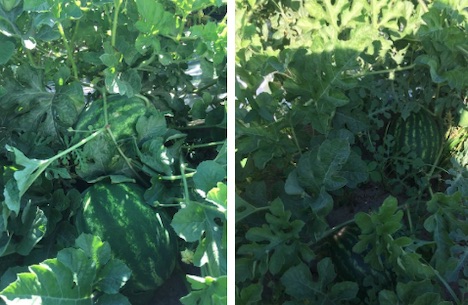