It has been quite busy at Chinese ports in the last few months. With the outbreak of COVID-19, a lot of transport slowed down. Richard Chan from China Merchants Port (South China) Management Center, is located at Shekou port and witnessed quite some changes in the last few weeks.

“The situation right after Chinese New Year was quite critical. For us at the Shekou port it was still okay, we had enough electricity plugs ready and enough space and manpower for the inspection and clearance of new cargo. Cargo that was designated for the Shekou port or Hong Kong port could be discharged smoothly. However, shipments designated for Shanghai encountered many problems and mainly a lot of congestion. Even at such a level, that a lot of containers were shipped back to Shekou or Hong Kong to get discharged there. It was a critical time, but luckily it is going better now in Shanghai and shipments are being resumed again.” 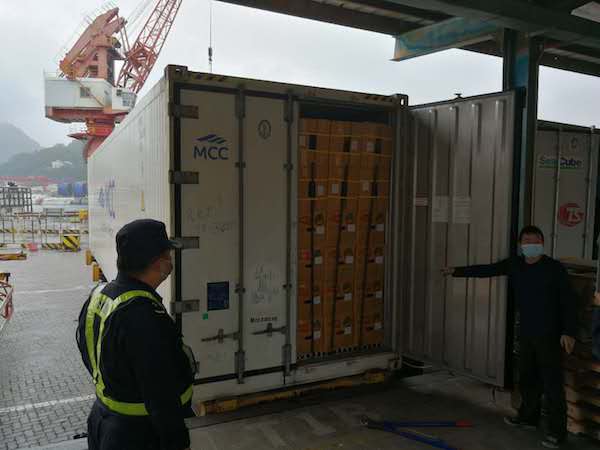 “For us, this whole period was quite busy. The amount of imported fruits at Shekou port was much higher than before. In the first quarter of this year there was imported 16,242 TEUs compared to 11,149 TUEs the same period in 2019, which is an increase of 45,7%. We mainly received durian, dragon fruit, orange, apple and grapes during this period. Furthermore, I expect more imports as recently the consumer market in China has been picking up again and demand for fresh products is thus increasing as well.”

New regulations for Hong Kong truck drivers
All industries are coming back to production and are starting to operate like before. However, the Chinese government still stays cautious and takes action to prevent a new threat of the virus. “This week some new regulations from the Shenzhen government will be implemented for truck drivers from Hong Kong. It regards all truck drivers from Hong Kong who are coming into Shenzhen. In order to prevent a further spread of the virus, truck drivers must have a health certificate from the Hong Kong government, in order to prove they are healthy. Truck drivers without such a certificate must be in quarantine for 14 days when arriving in Shenzhen. ” 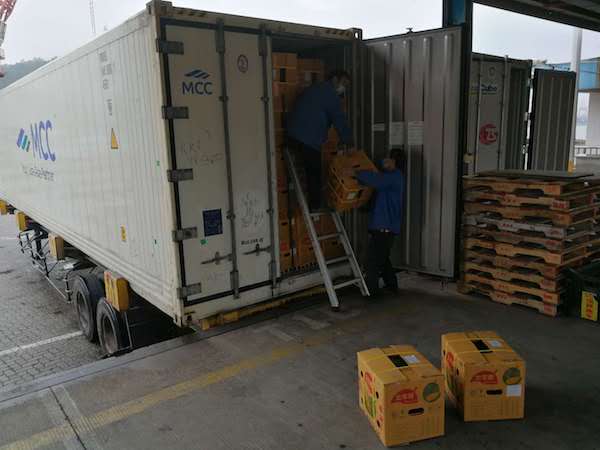 ”This new regulation will be implemented on the 10th of April, though I already foresee it will give a lot of problems for the perishable goods industry. The fresh produce industry needs a smooth and fast delivery, but with these new regulations, this will be difficult. Furthermore, I also foresee a problem in providing all truck drivers with such a certificate, as there are many truck drivers in Hong Kong, but the Hong Kong government just has a limited amount of resources to handle these new certificates. Therefore, it would be much easier to directly ship all freight designated to the Chinese market to Shekou port. As it is very close to Hong Kong and in cargo costs there is not that much difference. Furthermore, it will take less time and manpower to ship it directly to Shekou port.”


Durian from Thailand
As there is much more import fruit designated to the Shekou port this first quarter of the year, durian is one of the fruits that has had the highest increase. Richard Chan explains: “Currently durian from Thailand is in its peak season, however, the supply to China is going to be much more difficult than before. A lot of transportation went through the border in Guangxi, but recently there have been a lot of traffic jams at the border. These traffic jams affect the durian trade between Thailand and China. As the import tax by sea is about the same as by land, a lot of importers are now switching to importing durians into China through sea transport. We can see a clear rise in the last few weeks, as more durian is arriving at our port. We receive 10 to 15 containers a day.” 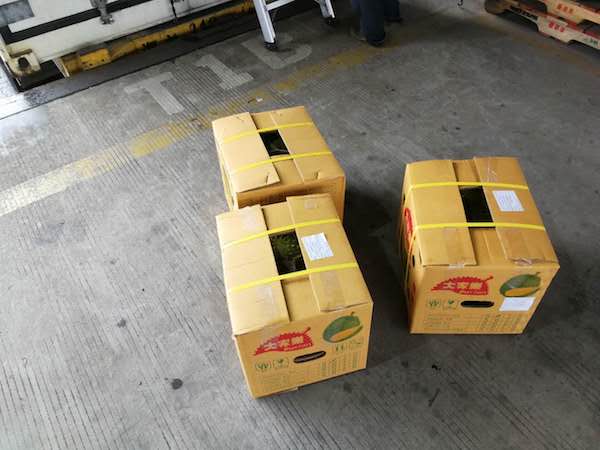 Another thing Richard Chan sees is that fewer people import Thai durian. “Before a lot of Chinese buyers would go to Thailand directly to purchase the goods and import it into China. However, with the current conditions that is very difficult to manage. Therefore, most importers now are big companies; the small and medium sized companies have a lot of difficulties to import this year and that causes the supply to go down. However, the price is still very stable and not low. In Thailand it is about 160 Thai Baht, about the same price as last year in April.” 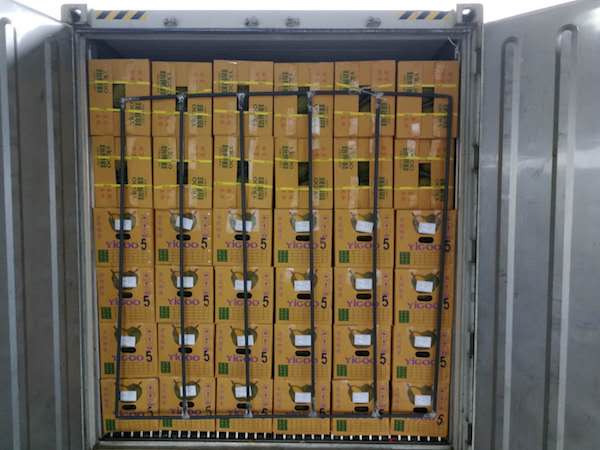 High prices for airfreight
“Sea cargo is still doing okay because there are no big fluctuations in the price, however the current price for air cargo is terrible. This is because about 90% of all passenger flights are cancelled, which caused the space for air cargo in airlines to be very tight. This therefore also increased the price a lot. For example, when you look at the export route beginning from Hong Kong, to Amsterdam ending in the UK. Currently the air cargo price for this route has increased by 75 Hong Kong dollars per kilo from its original price."

"Another example; transport between Hong Kong and Singapore has risen by about six times the original price. Before, this air transport would cost about 6 Hong Kong dollars and this same route is now about 25 Hong Kong dollars. The high increase in air cargo prices makes it very difficult for a lot of companies to export or import their goods. Normally there would be a lot of goods from Australia coming through airfreight, but lately that is very difficult because of the high costs for transport. How this will further develop in the future is unclear, though people are searching for other options to export their goods and one of them is sea transport.”