When it comes to moving onions, volatility might be what to expect.

“We have onion shippers from Idaho, Washington, Oregon and Michigan. Utah just ran out. We’re pulling up new crop from Mexico and Texas and we’ll be starting Vidalias on the 16th of April,” says Rick Greener of Greener Produce LLC in Ketchum, Id. “Supplies were tight until about Tuesday and Wednesday last week. It was like the pipe got full and everyone’s full up right now so there’s plenty of product right now.”

As Greener says--and like many commodities are seeing--the market has been in unforeseen territory for the past two weeks particularly. “The next two weeks to six months are going to be up in the air. Restaurants and foodservice is pretty much non-existent or they’re pulling half of what they’ve pulled,” says Greener. “Retail is hammering but the retail pipe is full so we anticipate more movement here over the next week to 10 days as supplies dwindle. They’ll have to restock because we’re all eating from home. The retail demand is going to stay there for the duration really.”

The foodservice shift
With the initial rush of “panic buying” that many retailers saw, Greener notes that the rush proved overwhelming. “It was a good thing we didn’t have to supply foodservice honestly. If they had we would have had less retail and that would have pushed other circumstances where we’d still be searching for retail and foodservice supplies,” says Greener. “It’s just such a crazy time for onions and potatoes. We’ve never seen such volumes being pulled in such a rapid amount of time.”

He adds that with retail pulling so much product, Greener ran out of 24/2# and 16/3# medium onions. “Our retail customers started looking at other jumbo onion pack sizes such as the 5/10# and 10/5#. With potatoes, we even had customers requesting larger size packs as well like 6/8#,” says Greener. 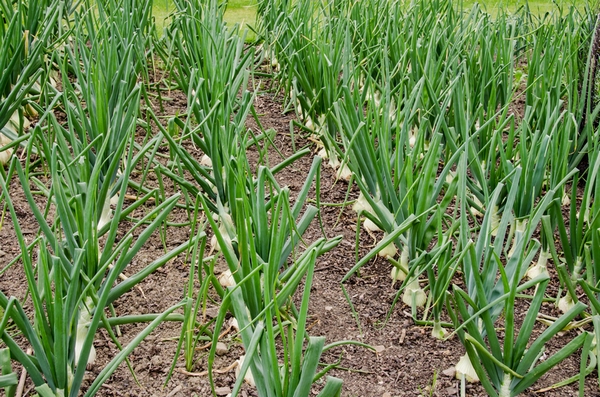 “Waves” of demand
As for how demand will shape up, Greener wonders if they might see waves of demand. “We’d like to see steady markets where we knew what to anticipate every week but we’re in such unforeseen territory that it could be waves every three weeks or we just had that one initial wave and now it’ll be steadier at retail,” he says. At the same time, the adaptation of restaurants and foodservice organizations is something to keep an eye on as well. “Some restaurants are trying to adapt and a lot of them are reevaluating their whole model—curbside pick up, delivery, etc. They’re not doing anything in- house so it’s a totally different program for them,” he says.

All of this has left pricing all over the board. “We had a big push and then it settled out and it’s basically stabilized,” he says. “We were getting quotes of $18-$20 out of Texas for new crop and then all of the sudden, it’s down to $10-$14 just because of the demand. When the demand was there until Tuesday, it was get what you can get and pay what you have to pay. But now the pipe is full again.”

So, like many in the industry, Greener wonders what might be next. “I’m ready for possible volatility up and/or down,” he says.