Fernando Gómez: "We are doing a 'Master's degree in crisis management' and I think we will get a good grade"

Another storm in Murcia and Alicante worsens current situation

This is already the third heavy storm recorded in Murcia and Alicante since the start of the autumn and winter season, which accounts for the largest volumes of vegetable production in Europe. These climatic adversities come at a bad time for the field, which for about two weeks has been adapting to the limitations and difficulties derived from the spread of the coronavirus that causes the COVID-19 disease. 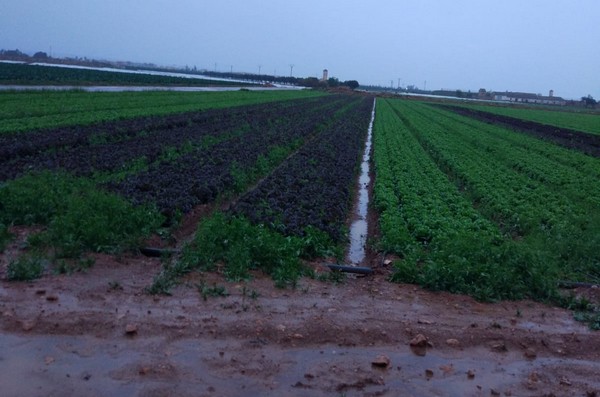 In some areas of Murcia, more than 100 liters per square meter of rain have been recorded in less than 24 hours, while in the province of Alicante, the regions of Marina Alta and Vega Baja recorded more than 50 liters per square meter. There has also been a lot of rain in the province of Valencia and in Almería, but the rivers have not overflowed. 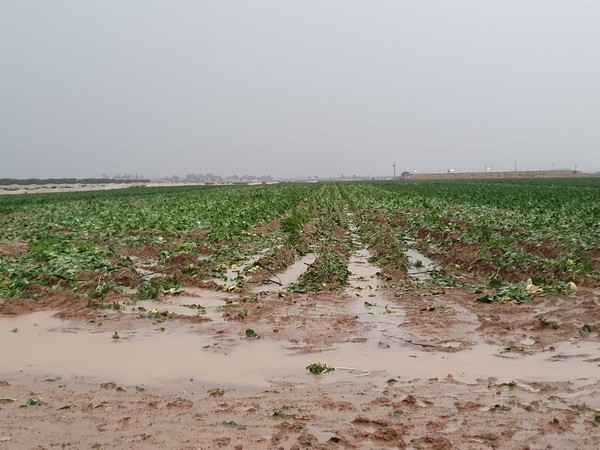 "We have never had a year like this. Murcia, the north of Almería and the south of Alicante are one of the driest areas in Spain and rain always comes in handy, but not in this way, since they cause floods, environmental damage and excess moisture that affects crops and forces the production to stop," says Fernando P. Gómez, president of Proexport.

"We have not been able to harvest anything for two days because the fields are flooded and muddy. The larger lettuces are less affected by the mud than those of a smaller size," says Dori Serrano, commercial director of Murciana de Vegetales. "At the moment, there are delays with the orders and a lower supply, which is making things difficult for us, as we are forced to plan and redistribute orders. We come from an already chaotic situation due to the psychosis of consumers in the face of the coronavirus and the hoarding at supermarkets. There are no longer orders from the horeca channel and other programs were canceled, while supermarkets have multiplied their orders exponentially. We are trying to keep track and work with the distributors so that everyone receives the products they need," she says. 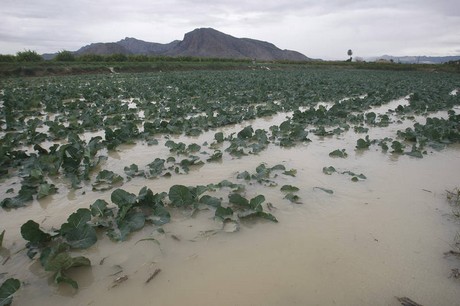 "Despite the coronavirus, we have continued to supply every day, strictly adhering to the safety and prevention rules. This is very important for us. After this storm, we will have to keep a close eye on how the weather conditions develop and on the damage that the excess humidity may cause to the crops. No further losses due to quality problems are expected for Romana and Iceberg lettuce, but things will be more difficult for the Baby or Mini Romana," says Dori Serrano.

Orders have skyrocketed across Europe as the governments in each country have been approving stricter containment measures to prevent the spread of the virus, while production is now slowing down after being hit by storms. "Since Boris Johnson announced full confinement, the amount of orders from the UK has doubled," says Fernando P. Gómez. 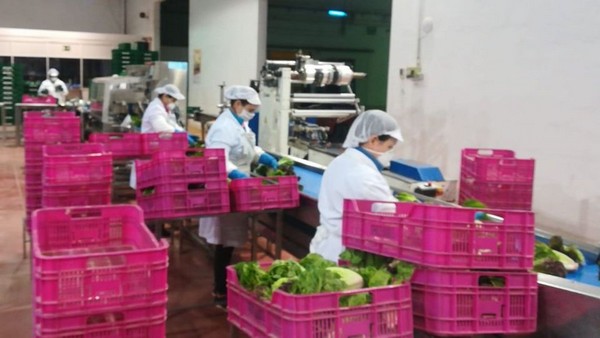 "We are working with extreme measures to protect ourselves against the virus which are taking a toll on the productivity; however, compared to the first days when these measures were implemented, workers are already operating more quickly, both in the field and in the handling and packaging plants," says the president of Proexport.

"Our clients are well informed of all events. We are dealing with the consequences of this storm with the same professionalism that we have been showing so far in the face of COVID-19," says Fernando P. Gómez. "We have an obligation to guarantee the supply and the entire sector is showing signs of commitment and responsibility. The vegetable production sector in Murcia is doing a 'Master's degree in crisis management', and I think we are going to get a good grade. It's not easy, as no one has been through this before."