"It's nice to be in a position to help"

In times of crisis, more and more people are showing cohesion and solidarity with their fellow human beings. In Italy, the situation is particularly drastic at the moment, but many Italians in Germany are also in a difficult situation, says Nicoló Sparacino from BioFruit Trading. Sparacino manages the company's international trade from Berlin and also looks after the Sicilian supermarket Terra Verde.

"There is a large Italian community in Berlin, many of these people work in the catering industry here, most of them without fixed contracts. Now that this industry has been closed down across Germany to slow down the spread of the corona virus, many restaurant workers no longer have a regular income. My compatriots cannot return to Italy at the moment and have to stay with friends," he says. So he decided to help. 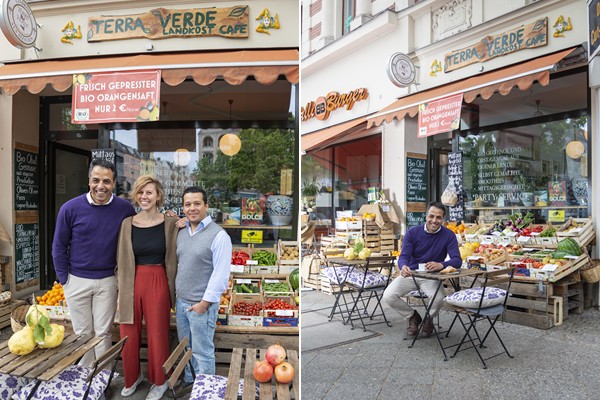 "I would now like to give something back to the community. That's why we now offer fruit and vegetable crates at one third of the price, i.e. at the cost price of the goods. These are mixed crates, in which, for example, products that are not visually perfect also reach the consumer. This reduces food waste and helps the community."

The boxes are already very well received: "Of course, the offer is not only for Italians, but for everyone here in Berlin. I think this action would be a good idea for other suppliers as well."

"Business is booming in the retail sector right now, from the biggest chains to the smallest stores. Meanwhile, the wholesale and catering trade are having to make cutbacks. It's a good time to give something back to the people and it doesn't cost anything extra." He believes investing in the aid will pay off later, he hopes in the long run for better community cohesion. "It's nice to be in a position to help."