All northern Italy below zero: snowflakes in the Marche, Abruzzo and down to Puglia

Already last night things seemed worrying, due to the starry sky and the absence of clouds. This morning, 24 March 2020, at 5.30, the thermometers marked various degrees below zero in different areas of northern Italy.

Ice in the peach orchard after the action of anti-frost irrigation. The lowest recorded temperature was minus 4.8°C (photo by Stefano Rivalta, 5.45 am on 24 March 2020 in Russi di Ravenna).

"My calculations, carried out with a scientific method (see Freshplaza of 23/03/2020) - says the farmer Stefano Rivalta of Russi di Ravenna - already yesterday evening showed several degrees below zero on my farm. Fortunately some thick clouds averted the catastrophe, at least until midnight and also later on". 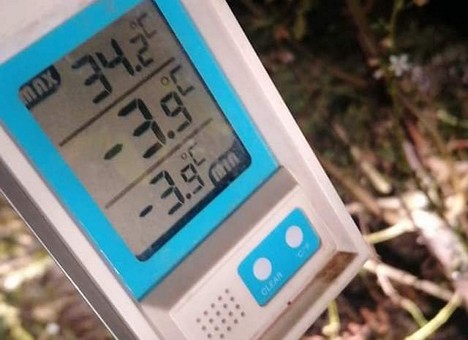 Temperature detected by Mauro Bosi in the evening and night between 23 and 24 March 2020.

Temperatures have dropped below zero in a wide area, but not homogeneously. It will take a few days to map the situation, granted that the technicians of the consortia and the insurance experts are allowed to go out. But, being activities related to the primary sector, there should be no problems.

"During the night we also had light snowfalls - says the meteorologist Maycol Checchinato - along the Adriatic side, with flakes in Romagna, Marche and down to Puglia, in Cerignola".

"The forecasts for today and next night - concludes Checchinato - reserve many surprises, with snow in the Marche, Umbria and Romagna".

Massimo Scozzoli, a farmer from Forlì, recorded 3.4°C below zero as the lowest temperature in his area. 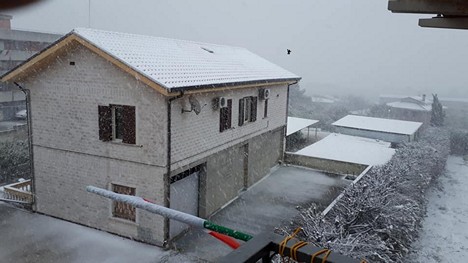 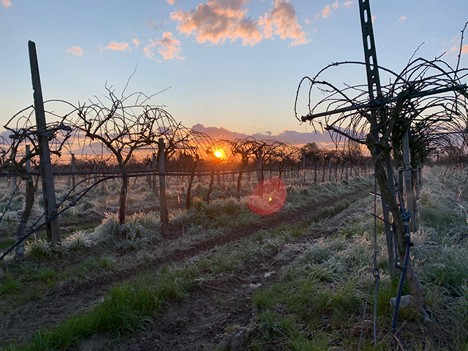 Ice on the ground after anti-frost irrigation in a kiwi field (photo by Denis Franchini, Forlì). 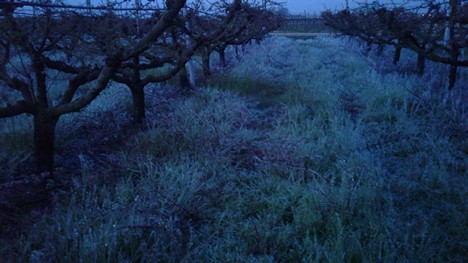