“Ginger prices have almost doubled due to shortages”

At the beginning of the Chinese and Thai ginger seasons, weather issues caused lower volumes and some shortages on the market. Then, with the extended holiday in China due to the coronavirus, the ginger market started experiencing severe shortages. Even though the Chinese ginger exports are starting back up again now, the US market is still experiencing shortages.

Deborah Dijkhuizen of Delina Fresh explains: “The US isn’t allowing the Chinese ginger to be imported out of precaution, so the USA has to import ginger from anywhere that has supplies. It’s difficult to bring the ginger in from Thailand because many of the ports around Los Angeles are only opening twice a week or rotating openings. To ship the ginger to the Miami port would take an additional week. This is alright for the ginger but for other, more perishable produce like turmeric for example, that is really pushing it and not a risk we’re willing to take.” 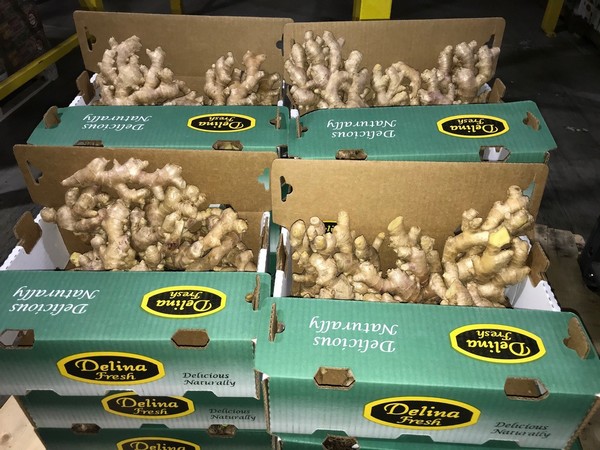 Looking to other origins
Delina Fresh is currently sourcing their ginger from Honduras, Ecuador and Costa Rica for their conventional ginger, and from Peru for their organic product. “The quality from Honduras and Ecuador is good, and the product coming from there is mostly destined for high-end supermarkets, and then the product coming from Costa Rica is for the wholesale market. We usually love the Thai product, which has great quality, but due to the initial shortages and the current situation the prices and transit times are too high,” Dijkhuizen explains.

Because of all of this, the prices on the market have skyrocketed. “The prices have almost doubled. There’s just not enough supply to meet the demand, but the demand is staying high too. Winter months usually see high ginger demand, and the consumers are still purchasing it even though the prices are so high.” This goes mostly for the conventional ginger. Dijkhuizen says: “While there has also been an increase in price for the organic ginger, it is nowhere near as much as the increase for the conventional ginger.”

Early start to Brazilian season
Brazil is a major supplier of ginger for the US market, but their season usually doesn’t start until June. This year, though, fortunately it looks like the season will be starting early. “It looks like Brazil’s season will be starting in about three weeks, which is very soon for them. We usually source our ginger from Brazil from June through December, sometimes January. Right now, they are exporting young ginger, which means that the skin isn’t mature yet. So hopefully their full season will kick in soon,” Dijkhuizen concludes.