In these difficult and single-thematic moments, when everything seems to stop or slow down, the plants, on the contrary, continue their natural vegetative cycle, and even anticipate it due to a rather mild winter. We are receiving wonderful images from the countryside of Castellaneta (Taranto), which show the picturesque flowering of the almond groves. 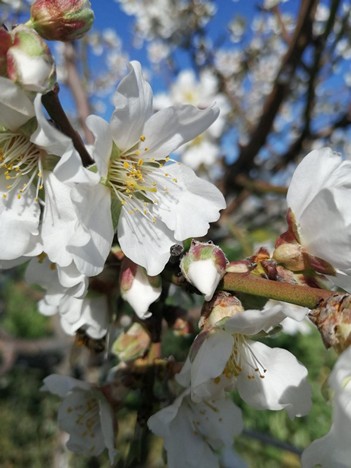 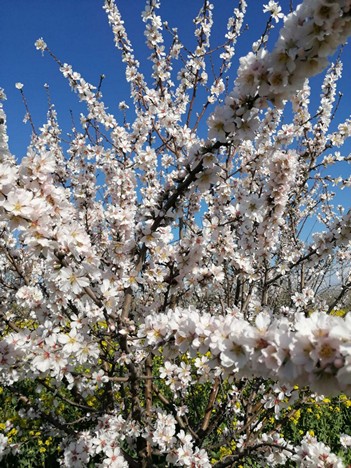 "It's a moment filled with wonder and grace, despite being at least two weeks earlier than last year. The flowering is excellent, but the anxiety is high. A return of cold or possible frosts could cause serious damage to the cultivations, and we cannot bear this," explained the entrepreneur from Taranto.

"To ensure an efficient management of the field, I placed turnip tops between the rows, not only to have a greater pollination on the almond groves and a grassy turf, but also an attempt to make the most of the unused spaces, planting cultivars that don't compete with the main production." 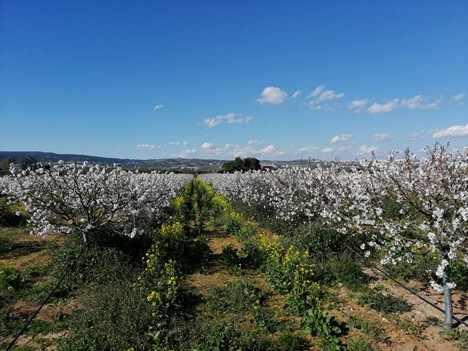 "The hectares mentioned are 5, of which Soleta, Lauranne-Avijor and Guara are the varieties. The soil and climate conditions certainly contribute to a good production, but if combined with an advanced management system applied to the almond groves, the so-called Zaragoza method, we could certainly achieve greater results in terms of higher yields, earlier production and lower investment costs." 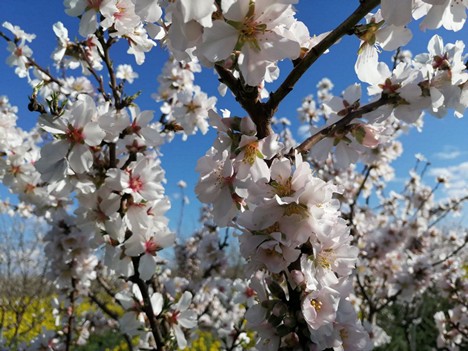 For those who during these days find themselves with an early flowering of their crops, we recommend a few tips from the agronomist Vito Vitelli:

maintain a good grassy turf so that the pollinating insects can accomplish their work;

avoid excessive work of the soil, so as not to foster further heating of the soil;