Good production continues on US grapefruit

Florida: “Right now, most shippers are winding down,” says Jimmy Johnson of  Premier Citrus in Vero Beach, Fl. “There are about three more weeks of shipping for most but some will go into the middle or late April.”

Overall, Johnson notes that Premier, who is currently largely gaining supplies from the Indian River region, is up in volumes this season by 15 to 20 percent over last year. “Sizing has been larger this season for the most part. However, it is varies by variety, rootstock tree condition and soil,” says Johnson. “The taste has been outstanding this season.”

Demand remains solid for grapefruit and currently most of it is coming from the domestic market given exports are winding down.

As for pricing, Johnson says that pricing has been stable this season with only certain off-sizes being traded.

What remains a challenge for grapefruit out of the state continues to be the HLB citrus greening disease. “It is severely affecting our older trees which produce some of our best grapefruit,” adds Johnson. 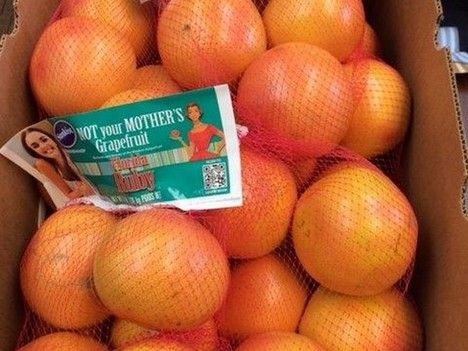 Texas: Texas has had a strong season for grapefruit and John Lash of Farm to Table in Austin, Tex. notes that supplies are good right now and look similar to last year at this time. “Things are pretty stable on grapefruit,” he says.

Production in Texas began December 3rd and the state will wrap up in May. “That is if it doesn’t get too hot too quickly. Otherwise, it’ll putter out in April,” says Lash, who notes it’s primarily working with Rio Star grapefruit.

Demand this year is strong for Texas grapefruit—possibly, even a bit stronger than last year and pricing remains stable and similar to last year at this time. “Looking ahead, as long as there aren’t any big weather events, things will hold steady in the coming weeks. The biggest event would be a freeze but I think they’re past that,” says Lash. 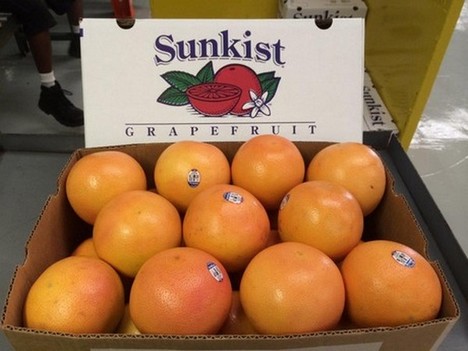 California: Red grapefruit production has just finished up a few weeks early in the Central Valley or District #1 in California (generally the region sees production into the end of March or early April.) Robert Delatorre of Horizon Marketing Inc. in Visalia, Ca. says production just switched over about a week and a half ago to the Riverside region, or California’s District 2 and volume should build on D2 grapefruit by mid-April and wrap up by the end of July or even into the first week of August.

“Right now, supplies are a little thin but I haven’t had any gaps yet,” Delatorre says, noting if he needs to, he can fill in grapefruit with Mexican supplies. “But it’s been pretty steady and I haven’t had any issues,” he says.

That said, pricing looks somewhat different— Delatorre estimates pricing is about 20 percent lower than last year. “Right now for sizing, you can get a Fancy price for Choice fruit and a Choice price for Standard fruit,” he says. “The market has been as high as $16 for the most part but the average is about $11-$12.”