After the 5000 cases of contagion, in Italy the Lombardy region and 14 other provinces (Modena, Parma, Piacenza, Reggio Emilia, Rimini, Pesaro and Urbino, Alessandria, Asti, Novara, Verbano Cusio Ossola, Vercelli, Padua, Treviso and Venice) were put in the red zone for the Coronavirus alarm.

The Government has placed a series of widely restrictive regulations to avoid the risk of contagion and contain the epidemic: schools, cinemas, museums, theatres, swimming pools, gyms have been closed, travel to and from these areas is to be avoided, religious services (including funerals) are also suspended, bars and restaurants remain open but "the rule of one meter distance" between people must be respected.

The Ministry of Agricultural, Food and Forestry Policies clarifies that, in relation to this decree, agri-food products may enter and leave the areas affected by restrictions. The activity of the transporters is a work requirement: the staff who drive trucks or other vehicles can enter and leave the territories concerned and move within them, limited to the need to deliver or pick up the products.

Supermarkets and grocery stores will remain open but it will always be necessary to observe the "the rule of one meter distance" between people and therefore the entrance to the points of sale will be restricted and strictly controlled, under penalty of closure. The usual opening hours will be followed, even at weekends (individual operators can make changes).

In case of violations of the measures imposed by the new decree the consequences can be the arrest for up to three months or a fine of up to €206. 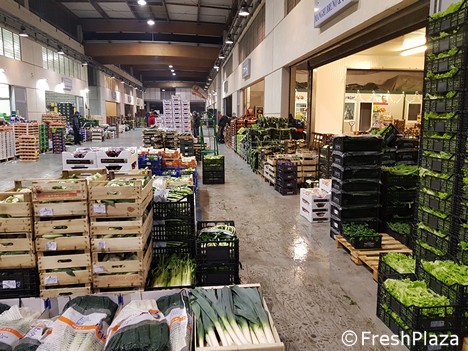 "We haven't stopped since Sunday evening as soon as we heard about the decree placed us in the restricted area," says Giulietta Magagnoli, director of Cal Parma, "We have already told the drivers to get in and out quickly".

"Even to foreign drivers say that we are not afraid, because all the necessary precautions have been taken in the market", emphasizes Francesco Cera, director Maap Padova.

"Our product, the radicchio, goes into production in 20 days, so at the moment our structure is closed. However, we are closely following the development of the situation," explains Giuseppe Boscolo Palo, head of the Ortomercato of Chioggia.

Emilia Romagna, a region also divided by the virus
The northern provinces with restrictions as the one in the south area. In between the others. With Piacenza, Parma, Reggio Emilia, Modena and Rimini affected, Emilia Romagna is considered an "orange" area, where people cannot circulate but where trains and planes circulate, perishable goods (obviously) as well as people with unavoidable work commitments.

"We continue to work as always" declares Matteo Freddi from Reggio Emilia who produces, processes and sells onions "Both large-scale distribution and general markets have continued to place orders. And it's normal since food is the only thing that cannot be suspended, not even by decree". 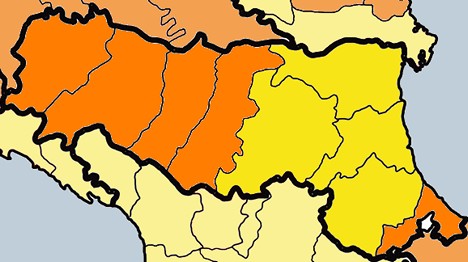 "We have been over the threshold of attention for some time already - says Massimiliano Ceccarini di Sipo, based in Rimini and specialist in vegetables - but this partial closure came rather suddenly. Our work continues and orders are coming in, also because everyone knows that there is no problem for foodstuffs. Greater controls on the staff, greater precautions on personal health, a ban on strangers entering the company are just some of the precautions we have taken. We are committed to limiting the opportunities for contagion".

Macfrut must surrender to the virus emergency: new data 8 - 10 September 2020
"Many exhibitors called us and asked us to postpone the event for a few months. Others we called them. In short, we tried to share the decision as much as possible, also because we strive to attract as many foreign visitors as possible and that would not have been possible in May," explains Renzo Piraccini.

New assault on supermarkets in Northern Italy
For fear of being locked in the house in quarantine and without food, people ran back to the supermarket, filling the shopping carts with everything.

In Milan, yesterday 8 March, 2020 in the early morning many people came to the supermarkets to fill their shopping carts (see the gallery on Corso Lodi on ilgiornale.it). Hour after hour, the shelves were more and more empty. 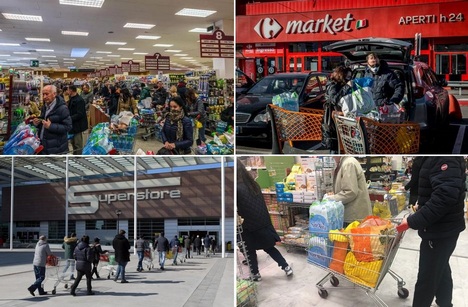 In the supermarkets in Bologna, entrances in groups and with masks were allowed but basically there was a regular situation. Security in supermarkets is not always respected. Especially at the checkouts, where the distance of one meter is dangerously shortened for the queues.

As reported by gazzettadiparma.it, in Parma the supermarkets have been invaded again: rows of trolleys, lines at the checkout and without respecting the distance of one metre and the minimum safety recommendations.

In the provinces of Treviso, Venice and Padua, it was a Sunday of long queues for shopping, as reported by trevisotoday.it. Full parking lots and queues at the checkouts throughout the day, because citizens have started to stock up on basic necessities in some of the busiest supermarkets.

In Piedmont too the assault on supermarkets has been triggered, particularly in Alessandria and Asti.