“In the Netherlands, we are 20 steps ahead of the competition when it comes to onions”

A large map of the world hangs in the Flevotrade offices in Dronten, the Netherlands. Piet van Liere owns this trading company, which exports products including onions for their main company, Gebroeders Van Liere. There are no flags pinned to the map. 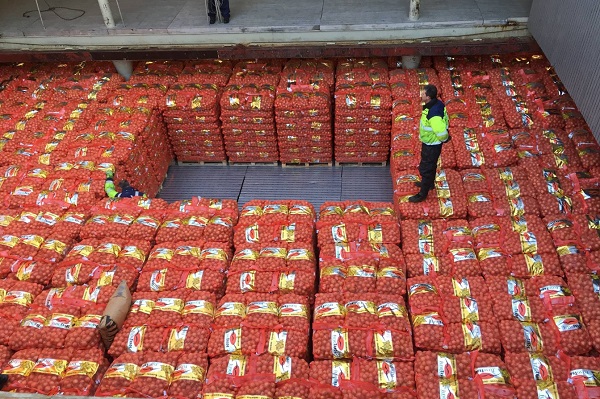 When Piet names all the places he has been, it becomes clear that there will not be enough of these little place flags. “Lots of trade shows have again been diarized for the first months of the new year,” says Piet, while he traces a route from Japan to the Gulf region and then on to California.

Export and climate
At Flevotrade Dronten, they can look back on a good Dutch onion export season. Most of their onions made their way to West Africa. Also, for the first time, the company exported onions to India and its regular markets. There was demand from Asia and Eastern Europe too. “The onion acreage has risen sharply in the Netherlands in recent years,” says Piet.

“In 2000, no one could have imagined that, in 20 years, the country’s onion sector would grow so quickly. Yet, that is exactly what happened.” If it were up to Piet, there would be no end to this expansion. “There is still sufficient space in the Netherlands to further increase the area used to cultivate onions. Considering how things are going, this will also be necessary."

"Climate change will affect certain parts of the world," explains Van Liere. "There will be more droughts in Eastern Europe and more rain in Asia. The Dutch climate is mild, and we have the know-how to protect ourselves from the weather. We can irrigate our lands when it is dry, unlike farmers in, for instance, Eastern Europe.”

The Dutch onion export season has, however, undergone a major change in recent years. “In the past, the overseas demand for onions from the Netherlands was generally between January and June. Currently, everyone wants onions later in the year. These periods are becoming shorter and shorter too. For example, the market in Senegal used to be open for nine months, with the border being closed for three."

"Now, it is the opposite. We have only three months in which to export our onions. And, for nine months, that market shuts down for us, to protect that country’s local cultivation," adds Piet. "Exporting to Senegal will, however, remain necessary because onion farmers in West Africa cannot store their produce. They have to sell their onions right away. The concentration at that time of year, however, sometimes causes shortages in our stock.”

Although the export season to West Africa keeps shrinking, its share keeps growing. In 2015, this export market was good for a total of 40%. In 2017, this was at about 50%. Due to the dry weather in that year, onion exporters and growers do not consider 2018 to be a representative year to use for comparison. That year, however, affected 2019 - 2018’s high prices meant fewer onions were sent to West African markets in 2019.

Piet is looking for new export opportunities for Dutch onions too. For example, the Middle East is coming into exporters’ crosshairs more and more. “You, after all, have to deal with a completely different culture of negotiations and agreements,” says Piet van Liere. “That will take some doing.” Extra products have also been added to the company's assortment in recent years. These include not only potatoes and carrots but also processed goods such as french fries and cheese.

There are, of course, also developments in onions grown overseas. “In Poland, for instance, they are hard at work innovating their programs,” says Piet. “In the Netherlands, we, however, stay 20 steps ahead when it comes to expertise, methods, and innovation. The proximity of major seaports such as Rotterdam and Antwerp is also a huge advantage for us.” 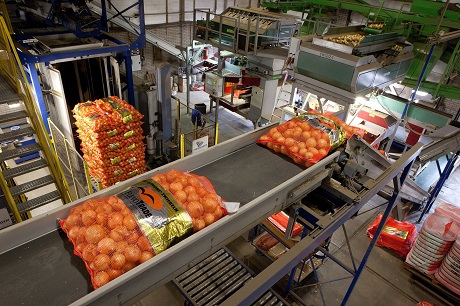 Sustainability
But Piet has not forgotten about sustainability. It is an important theme in Gebroeders Van Liere. They are, for example, involved with the Veldleeuwerik Foundation. This is an initiative started by agricultural farmers and processing companies. Together, they want to stimulate the sustainable production of agricultural goods.

It is also necessary to come up with new ideas when it comes to transportation. “We will feel it if we have to pay more in excise duties on petrol and diesel. Fuel is an important trade cost item. Certainly, if people also want to encourage the shipping industry to become more sustainable,” Van Liere concludes.