Senegal has a population of 15,9 million people. It has one of the strongest economies in West Africa. It's Gross Domestic Profit (GDP) has risen by more than six percent in the past five years. Senegal imports about 70% of its food, which amounts to €681 million. Population growth, urbanization, and evolving eating patterns have led to increased, diversified food imports. The most important horticultural import products in Senegal include onions, potatoes, and sweet corn. 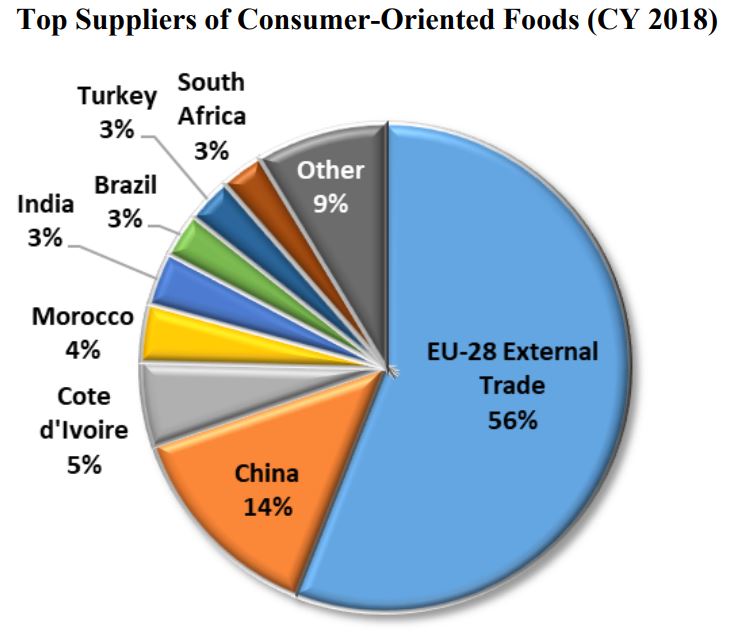 Modern retailers are expanding their businesses in Senegal. They import foodstuffs mostly from Europe, Asia, South Africa, Morocco, and the neighboring Economic Community of West African States (ECOWAS) countries. Most stores can be found in Senegal's capital city of Dakar. These shops' most important customers are middle and upper class Senegalese.

These modern retailers are:

Senegal's strategic location in the region has made it an important commercial hub in West Africa. The country's infrastructure is one of the best in that part of Africa. It has one of the busiest seaports in the region too. Senegal recently also built a sizeable international airport. Outside of Dakar, there are the expected problems, including that of transport. There is a lack of cooling facilities. The electricity supply is unreliable in some parts of the country too. Imports, in themselves, are also a challenge. That is due to a lack of transparent regulations.