South African distributors Alto Vida have successfully delivered their first shipment of Dakahlia citrus to Frutas e Legumes in Angola. The arrival of early seedless mandarins from Egypt will bring relief to Angolan consumers who have, due to restricted imports, had no access to easy peelers since the last quarter of 2019.

The mandarins’ lengthy sea voyage from Egypt to Angola (30+ days) went off without a hitch, and Alto Vida ensured that their arrival in the port of Luanda was just as seamless. Consumers will be able to find the fruit in informal markets and supermarkets throughout Luanda, including all Shoprite branches in the nation’s capital. 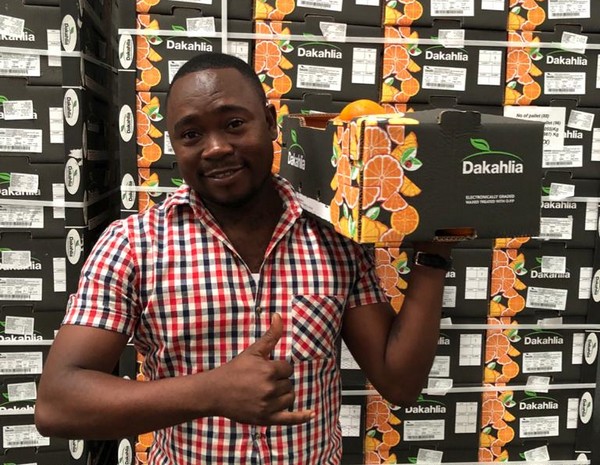 With more shipments scheduled for the coming weeks, Alto Vida will “ensure sustainable citrus supply in Angola well into the start of the Southern Hemisphere season,” says John Kotze, the firm’s Commercial Manager.

The relationship is very good news for Angolan consumers who are struggling to deal with the combination of a depreciating currency and the new tax regime which has led to increased food prices and put a serious dent in the average Angolan’s buying power. The partnership with Alto Vida, says Frutas e Legumes’ Sales Manager, Jose Julio, “will keep price increases to a minimum while also ensuring quality fruit is available year-round.”