Michael Bentley and his wife Chrissy have owned Castle Fruit Farm since 2002. They have employed seasonal Bulgarian workers ever since. Last Tuesday, the UK government announced its proposed post-Brexit points-based immigration system. Now, it is facing opposition from companies which employ so-called ‘low-skill’ workers.

According to the system that Home Secretary Priti Patel laid out on Tuesday of last week, any job with an annual salary under £25,000 is deemed to be ‘low-skilled’, which means that many NHS employees, carers and farmers are having their trades devalued.

Under the new points-based system, it would be essential for overseas citizens to have a job offer of an appropriate skill level by an approved sponsor and speak English at a required level. 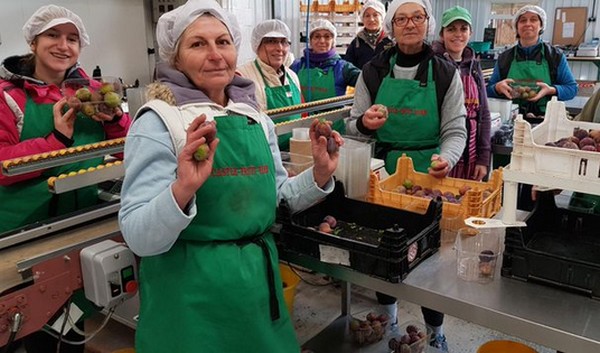 Among those businesses which could face problems with recruitment under the new scheme are fruit farms like those which surround Newent and Ledbury.

Many farmers employ seasonal workers from Eastern Europe in the summer to come and pick their produce. Under the new system, the workers from countries such as Bulgaria and Romania would not be able to come over in the summer months.

Gloucestershirelive.co.uk quoted Michael Bentley as saying: “We bought the farm in 2002 and when we first started there was something called Seasonal Agricultural Workers Scheme (SAWS), which was running because of the issue of there being no seasonal labour available.”

SAWS allowed British farmers and cultivators to recruit low-skilled workers from overseas to complete short-term agricultural work between 1945 and 2013.

Michael says that the number of fruit pickers coming to the UK from Poland decreased once the country joined the EU, and since the SAWS scheme was dropped in 2013, most of Castle Fruit Farm’s labour force has been from Bulgaria.