According to a statement from the Directorate of Revenue Intelligence (DRI) in Visakhapatnam, last Thursday, over 1,600 kg of marijuana, worth around Rs 24.5 mln (€308,000) was seized from a truck. Four people were arrested.

Based on a tip-off that narcotics were being illegally transported, the truck and a car, which was piloting the goods carrier, were intercepted in Visakhapatnam. During the search, 1,638 kg of cannabis concealed under a load of banana stalks in the truck were found.

"Officers found 40 bags concealed under a load of banana stalks. On opening the 40 bags, a total of 800 brown packets of cannabis were found totally weighing 1,638 kg," a DRI press release stated. 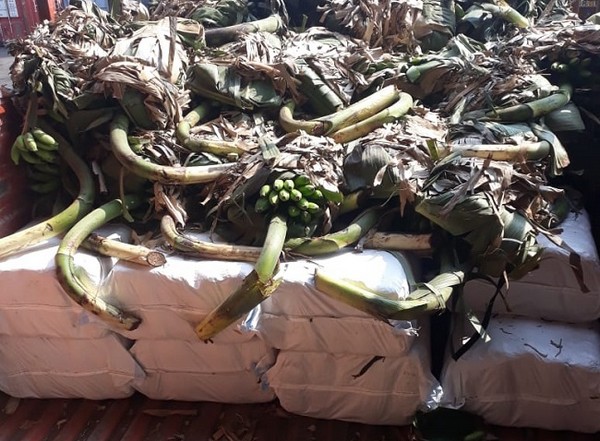 Four people, who were allegedly involved in the illegal transport of marijuana , were arrested. "The officers also seized the goods vehicle valued at Rs 1.59 mln along with banana stalks, which were used for concealment and transport of the contraband," the DRI said.

The Agency areas of Visakhapatnam and Vizianagaram district in Andhra Pradesh are known for large-scale marijuana cultivation, as farmers living in the eastern ghats along the Andhra-Odisha border cultivate the high-quality 'Sheelavathi' variety of the crop. From here, the marijuana is smuggled to several places including Visakhapatnam city, Vijayawada, Hyderabad and sometimes even as far as Bengaluru.