Last year, an up and coming farmer told Rwandan president Paul Kagame that in the previous season he lost Rwf800,000 (€765) due to lack of storage facilities. This affected the quality of his chili before it was to be exported to Europe.

Now, the National Agricultural Export Development Board (NAEB) has launched a ‘horticulture pack house’ worth Rwf980 million (€938,000) for grading, packing and protecting flowers, vegetables and fruits before they are exported to the international markets.

The ‘Horticulture pack house’ is the only public standard facility for handling fresh flowers, fruits, and vegetables certified by Hazard analysis and a critical control point (HACCP) in the country. 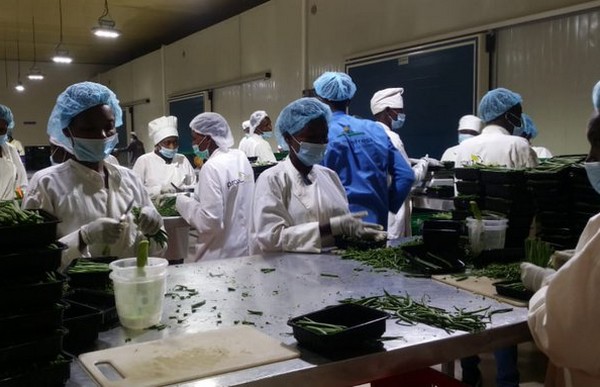 This ‘Packhouse’ is divided into three operating departments including a surface area of 500 m2 with 36 tables used in sorting vegetables and fruits before they are packed and put in the cold rooms. The surface area has the capacity to accommodate 150 daily workers who grade fruits and vegetables.