Supplies of watermelons in North America right now are tight.

“The market is extremely tight on watermelon,” says Dennis Peterson of Riverbend Fresh LLC in Kerman, Ca. “There have been a few crop failures in Mexico due to various weather including frost, so supplies are limited.” Peterson adds that some contracts are not getting covered leaving shippers to buy from shippers which in turn is driving pricing up. “This has been going on for about a month and a half,” he says.

By design, supplies of watermelon are generally low during this time of the year because demand is low. Some supplies are also arriving from offshore regions such as Guatemala.

Given the limited volume, demand does look stronger for watermelons right now. “There’s some availability but once this region finishes, we move into Guaymas, Mexico and there’s a gap there,” says Peterson. “Plants are behind because of the cool weather so there will be a gap from March 1-10.”

All of this means pricing on watermelons right now is $0.36/lb on bins. “I don’t know if the market can sustain anymore. I don’t expect that price to change at all. It could go to $0.40 for a brief time in that gap period. And then it will start sliding to find its level sometime in the 0.20s by the end of March,” says Peterson, noting that price has been holding in that range all through late November to December. 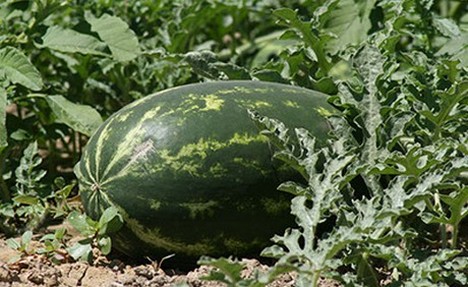 Sav Tsoukalas, president, Savco Worldwide, Inc. in Mississauga, Canada adds that much of the pricing right now is similar to last year’s numbers. “Because demand isn’t very high and supplies aren’t very high, it’s steady,” says Tsoukalas. “And there won’t be a spike in pricing because of this issue in Mexico. We just think that things are going to be a little sloppy. But pricing will be what general seasonality commands.”

Looking ahead though, relief is in sight. “Florida is expected to start early so that will help with the crossover,” says Tsoukalas. “There has been optimum weather for a lot of commodities in Florida so we’re hoping the yields are on the higher end for growers compared to last year where it was a real struggle to get anything growing.” He notes Florida should start the first week in April.